Find Out How The Epidemic Affected The Garment Industry 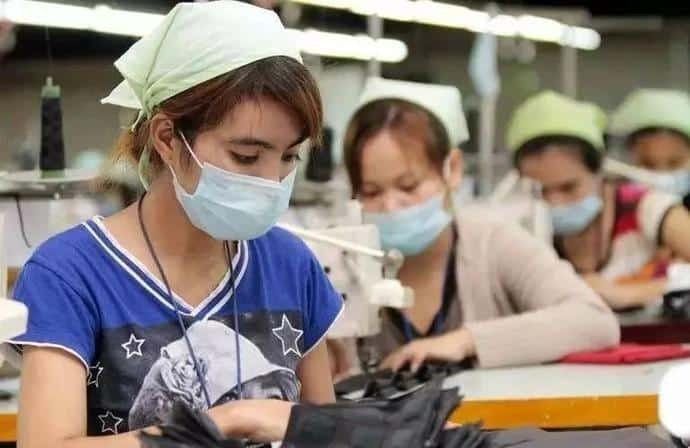 The outbreak has hit the Cambodian garment industry hard. The epidemic has led to the closure of 129 clothing factories. It covers the livelihoods of more than 70,000 workers. However, on October 10, the state secretary and spokesman for the Cambodian labor and professional training department said employment in Cambodia had improved gradually since the start of the new year or 2021.

From the garment industry, a total of 129 factories had closed in 2020. They employed a total of 71,202 workers, while 112 factories remain open, he said. At the end of the year, the Cambodia Development Council (CDC) also approved several investment projects.

Traditional shoes and garment industry have seen aggressive growth in recent years. Taiwanese businesspeople made Southeast Asia become a large-scale production base. The local monthly basic salary or minimum wage gains has affected the cost of manufacturing. In addition to the basic monthly wages in 2021, Cambodia went up slightly to 1.05%, while the rest of the country is on hold. First, shoe giant Pou Chen, whose neat macros are factories in Cambodia. The impact is not significant and will subsequently continue to pay attention to the rest of the salary increase in the Southeast Asian nations.

Taiwan companies have set up factories in Southeast Asia, not just in the garment industry. These are Baocheng, Fengtai, and Yuqi in the shoe industry. In addition, companies like Zhengxin, Jianda in the tire industry, and Daxin and Hongquan in the raincoat industry have joined. The proportion of the sales revenue of the three shoe companies in Southeast Asia has become the most extensive production base of the Group.

Cambodia is among them. The monthly minimum wage of 190 US dollars has increased to 192 US dollars. The increase of 1.05% at the end of 2020 exchange rate conversion is equivalent to about 1330 yuan.

After the Sino-US trade war in 2019, Taiwan business people on the mainland have adjusted their capacity allocation. Or they moved to Southeast Asia to set up factories or expand production. Combined with the promotion of basic or minimum wage policies in Southeast Asian countries, this has led to heighten pressure on local wages. For example, in Vietnam, Indonesia, Cambodia, and other countries, the monthly minimum wage or basic wage will increase simultaneously in 2020.

In other words, Vietnam’s Zone 1, which includes Hanoi, Ho Chi Minh City, Hai Phong, and Tong Nai Province, will have a monthly minimum wage of 4.42 million Vietnamese dongs (about NT $5,757 at that time) in 2020. It is an increase of 5.74%, making it the highest monthly minimum wage area in Vietnam.

In addition, Thailand, Myanmar, Malaysia, and other countries did not announce the basic wage or minimum wage adjustment case for 2021. The company said its Southeast Asia operations in these countries accounted for 25 percent of consolidated revenue and 1,300 employees in the year to November 2020.