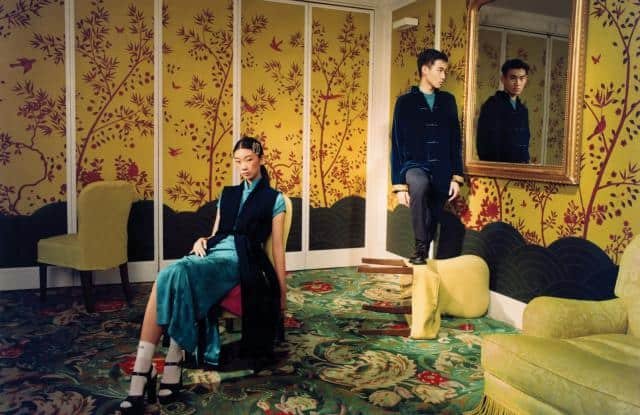 Shanghai Tang, the Chinese luxury brand, is facing a fresh round of executive reshuffling.

At the launch of the new collection, Victoria Tang-Owen, Shanghai Tang’s current creative director, said it would be her “last collection” at Shanghai Tang.She said 2020 was a tough year for everyone and hoped the new series would be a consolation that “the current predicament is temporary”.

Deng’s role at Shanghai Tang is not only functional — at the heart of the brand’s creativity, but also spiritual — she is the eldest daughter of Deng Yongqiang, the brand’s founder.In addition, before Deng announced his departure, then-CEO Maurizio DE Gasperis left the company in April 2020, so you can imagine the difficulties Shanghai Tang is facing now.As of press time, Shanghai Tang has not announced the replacement of Deng Aijia and Maurizio DE Gasperis.One possibility is that the company’s current leadership positions in business management and creative design are still vacant.

It is worth mentioning that Deng Aijia has been the creative director of Shanghai Tang for less than two years.At the time, she told WOMEN’s Wear Daily that she was making Shanghai Tang a lifestyle brand and would adjust the prices of Shanghai Tang’s products more reasonably, hoping that Shanghai Tang would attract more young consumers.

When Ms. Deng took over Shanghai Tang, the brand was seen as on the verge of a comeback.

Shanghai Tang was once regarded as the first Chinese luxury brand to be recognized by the global fashion industry.Deng founded Shanghai Tang in 1994.With his connections, he sold clothes and accessories full of “old Shanghai style” to many famous families and foreign businessmen stationed in Hong Kong.A year later, Deng sold a majority stake in Shanghai Tang to South Africa’s Rembrandt Group for HK $102 million.In 1998, Cartier and Montblanc’s mother company Richemont, bought a majority stake in the company from Rembrandt, and gradually acquired the whole of Shanghai Tang over the next decade.

However, after the highlight moment of being acquired by the world’s famous luxury goods group, the development of Shanghai Tang began to be not smooth.This can be seen in the number of times it has changed owners, especially since its founder, David Tang, died of illness in August 2017.

While the boss changes behind, the brand’s senior management team has been unstable, which directly leads to the brand development direction has not been clear.

Ms. Deng’s first collection for Shanghai Tang was called “Back to the Roots,” a design homage to the brand’s history.She also collaborated with Xu Bing to launch the capsule series “Shanghai Tang Created By Chinese” into six calligraphy characters, which appeared on t-shirts, sweaters, knits, canvas bags and other items.Her final collection for Shanghai Beach made extensive use of bamboo and chrysanthemums.