School uniform factory to do JK uniform after the epidemic Orders soared: buyers of 20 percent of office workers 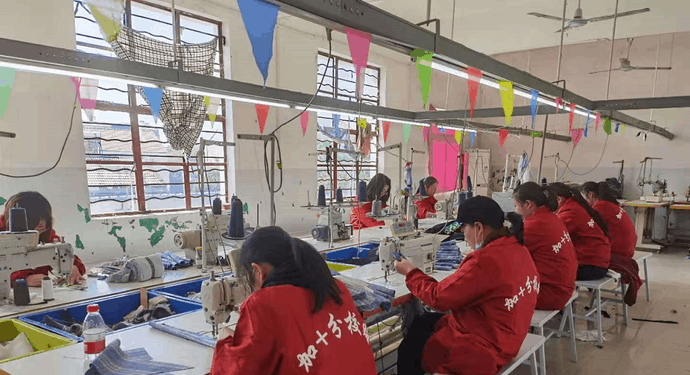 Xiang Jingyan, 45, who runs a clothing factory called Jiaji in Wuhan, used to make school uniforms before the outbreak.”We can do all kinds of uniforms, schoolwide, customized, distinctive, and casual.Our customers are concentrated in Jiangsu, Zhejiang and Shanghai, where there is a large demand for customized uniforms with characteristics.In peak season, our monthly sales are around two or three million yuan.”Xiang jingyan said.

Another feature of Xiang Jingyan’s factory is that the workers are all “mothers”.She said, “our factory set up for three years, a total of more than 120 workers, is the child’s mother, the most began to set up factories has been suggested to me, ‘mothers’ usual in other factory is not very easy to find a job, I want to, we organized to do some thing to start rented house is next to the school uniform processing.”

Earlier this year, the COVID-19 outbreak in Wuhan hit Jingyan’s factories hard.”Since we went home for the Chinese New Year holiday, our factory has not been able to start work until May or June.Because garment factories are paid on a piecework basis, they can’t work, they can’t make clothes, they can’t get this income.At that time, people called me and cried to tell me that she had children and children and could not give her some work, but I couldn’t help it at that time.”She said.

Make XiangJing gorgeous difficult also is not only the workers’ wages, “our factory rent is added up to a total of about $100000, during the outbreak, the landlord symbolically cheap only 1000 yuan, at that time I really have a headache, I had no savings, only is to use a credit card to pay the rent, or a long term cooperation I also the fabric business for half a year’s credit card.”Xiang jingyan said, “The other thing is the ‘small loan’ from the local bank to small businesses. I borrowed 300,000 yuan from the local bank, and then the limit of my credit card was 250,000 yuan. It was these two loans that helped our factory survive the epidemic.”

There is also a problem affecting the flow of funds to Jing Yan.”In our industry, the peak season begins in April,” she said. “In previous years, students perform on May 1 and June 1, and take graduation photos. There are a lot of orders for customized class clothes.So I started stockpiling tens of thousands of shirts before this year. I did not expect that the school would be delayed because of the epidemic, and I have not sold many of these goods so far. But I am not too worried.

After the transformation into JK uniform, the orders to Jingyan factory immediately exploded.”In May and June this year, the factory was fully reopened, and in September we started to produce JK uniforms. We were getting a lot of orders every day and now we can make an average of 800 to 1,000 uniforms a day.Another reason it sold well, I think, is that I made some modifications to the original JK uniform by adding safety trousers to the skirt so that girls would like to buy them.”She said.

“Not all those who buy JK uniforms are students. About 20 percent of female office workers buy them.The uniform is more versatile.”

According to Japanese media statistics, the size of China’s JK uniform market will increase to three times that of three years ago by 2020.In 2020 alone, there are more than 1,000 online stores selling JK uniforms.The turnover of JK, Hanfu and Lolita skirts increased by 1.26 times as much as that of women’s shirts.At the production end, the number of inquiries for JK uniforms has increased by 300% month by month since August this year.