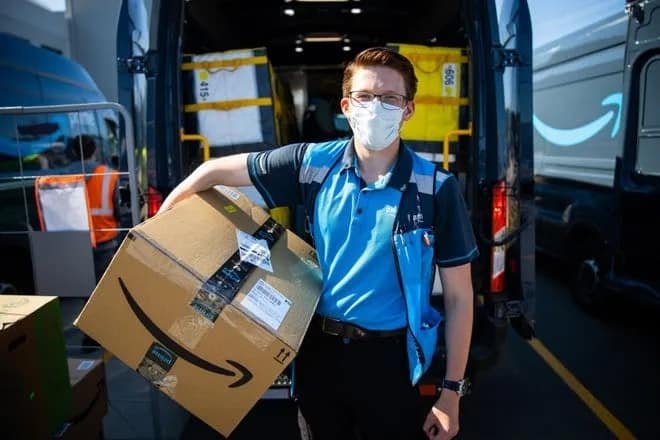 For sellers, the end of the year is both the peak season and the disaster season. October peak season storage fees a payment, lose their voices and cry for a day. This morning, sellers once again exploded, because Amazon wants to raise a series of service fees!

Amazon said that since the outbreak, Amazon has hired more than 628,000 employees, spent more than $15 billion to ensure employee safety, and increased the average hourly wage of U.S. employees to $18 per hour in order to ensure that goods can be delivered to consumers in a timely and seamless manner.

In addition, Amazon has added more than 350 new warehouse centers, picking centers, regional air hubs, and distribution stations in the United States. To ensure the maintenance of capacity during the mass shopping of the population in late 2021, Amazon’s U.S. sites will employ another 150,000 people.

Overall, Amazon’s operational pressure has at least doubled compared to the pre-epidemic period, and operating costs have been increasing.

Earlier, Amazon released third-quarter earnings that showed revenue and profit were below market expectations and said the cost of negotiating supply chain issues and increasing staff to deliver goods during the holiday season are further cutting into the company’s profits.

Meanwhile, Amazon’s fourth-quarter revenue is also expected to fall short of market estimates of $141.6 billion, at $130 to $140 billion.

And now at the peak of the peak season, the huge delivery costs undoubtedly put Amazon’s Q4 performance under exponential pressure.

In order to relieve the pressure, this morning, Amazon announced that it will adjust the logistics and delivery costs in 2022, as a way to reduce the problem of higher permanent operating costs in the future. In this regard, Amazon stressed that the changed fees are still 30% lower than the average cost of seller self-delivery orders.

Highlights of this fee change will be effective January 18, 2022 (Pacific Standard Time) on Amazon US.

The rate of increase is too large, 93% of sellers are dissatisfied

After reading the announcement sellers have said that they saw three words: “Up! Up! FBA delivery fees are going up! Removal and abandonment fees also go up! January to September off-season storage fees is also going up! Everything goes up, is our profits do not go up.”

Some sellers said that this year, raw materials, shipping, and air transport, labor costs are showing a rising trend, this Amazon to improve logistics costs appear to be unjustifiable.

But more sellers said they could not accept. According to the official vote launched by Amazon, as of press time, there are 93% of people expressed dissatisfaction, the increase is too large.

But as long as the sellers do Amazon one day, they have to accept the rules of the platform. So, there is also feedback from sellers, is not to raise the price of their products, distribution fees rise, the price has to rise a 2-3 U.S. dollars to make up for it, especially throwaway products, according to the volume of heavy calculations, the largest increase in distribution fees.

You U.S. station sellers should pay attention to the timely adjustment of operational strategies to guard the cost and ensure maximum profit.