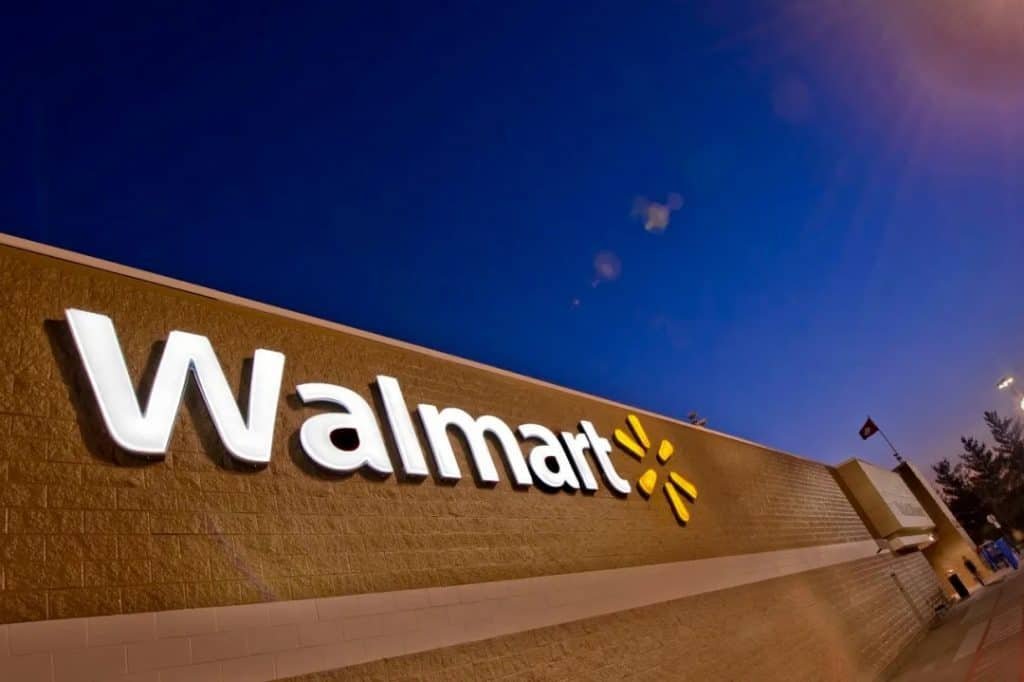 On Tuesday, Nov. 16, Wal-Mart, the world’s largest retailer, released the company’s fiscal 2022 third-quarter earnings for the period ending in October, and U.S. stocks rose more than 2 percent before the bell as revenue and earnings per share beat expectations.

But its profits were dragged down by supply chain bottlenecks and labor shortages, and the stock turned down more than 2% after the opening bell, also making the overall turn down this year, further widening the gap with the U.S. stock market’s double-digit gains for the year. As of yesterday’s close, Wal-Mart had also accumulated a gain of nearly 2% this year.

According to the report, Wal-Mart’s revenue increased 4.3% year-over-year to $140.5 billion in the third quarter, better than the market’s estimate of $135.6 billion; adjusted earnings per share EPS increased 8.2% to $1.45, also better than the expected $1.40.

The company also raised its overall earnings estimate for fiscal 2022 for the third consecutive quarter, reflecting confidence in the year-end holiday shopping season in the fourth quarter of this year.

However, it was impacted by higher supply chain costs and the increased share of the low-margin U.S. auto fuel business in the mix. Walmart’s net income fell more than 39 percent to $3.11 billion in the quarter, down from $5.14 billion a year ago, and consolidated gross margin declined 42 basis points.

Some analysts say major retailers such as Wal-Mart, which suffered from rising price costs and supply chain disruptions in the third quarter, raised starting employee pay to $12 per hour, with certain stores offering up to $17 per hour to retain veteran employees.

The company acknowledged that supply chain problems and labor costs were adding to expenses, but were offset by sales growth, although the stock price was hard to beat investors’ disappointment with profits.

Brett Biggs, Wal-Mart’s chief financial officer, described the company in a media interview as an “inflation fighter for the consumer,” saying that its large scale and breadth of the product allow it not to pass on higher input costs to customers, but to absorb some of the pressure.

This also makes consumers and paid members of the warehouse supermarket Sam’s Club more likely to choose to shop at Wal-Mart when inflation is overwhelming.

E-commerce sales in the United States increased 8 percent year-over-year, up 87 percent from two years ago.

Walmart CEO Doug McMillon said global sales and profit growth continue to be strong, and our omnichannel focus is on driving digital penetration to record levels.

Walmart gained more market share in the U.S. for groceries, and the company highlighted “strong growth in Walmart’s e-commerce business in Flipkart, China, and Mexico.

The company said its scale helps it cope with supply chain disruptions and inflation, with the ability to negotiate prices with manufacturers, increase inventory in large quantities as the year-end holiday shopping season approaches, charter its own ships to move goods around the world, and divert ships to less congested ports and increase night operations to help unload cargo, among other things.

Wal-Mart’s inventory in the U.S. has increased by 11.5 percent ahead of the busy year-end shopping season, in contrast to some of its competitors with empty shelves.

The company’s CFO said it was feeling the pressure of rising fuel, transportation, and product costs, but was able to reduce the number of promotions without affecting sales. In addition, Wal-Mart has been able to generate new revenue from its growing advertising business.

Despite the poor overall stock price performance this year, Michael Baker, an analyst at brokerage firm D.A. Davidson, believes Wal-Mart’s image as an inflation fighter will appeal to price-sensitive consumers who like Wal-Mart’s gesture of holding down prices for everyday groceries and food.

This will help Wal-Mart increase its market share in the short term and reap long-term share as it gains new customers.