A very popular clothing brand in China has a scandal! The extremely thin aesthetic is harming Chinese women 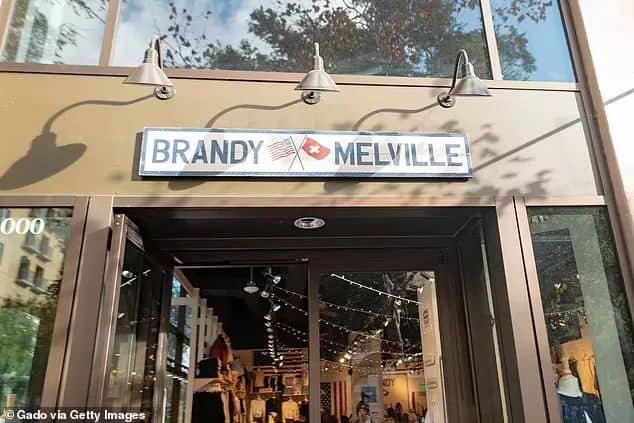 The most obvious feature of the Italian FMCG brand Brandy Melville’s clothes is that they basically only have small sizes: from S to XS.

All the clothes are only for “BM girls”.

As a fashion company, such a style has attracted a lot of controversies. But BM has made it its own, and is not bothered by the so-called “criticism”.

And within the company, it is even more aggressive ……

Within the company, the grading for women is on the line, to the point of exaggeration.

When BM opened its first store in 2012, CEO Marsan made his position clear ……
“Clothing stores, as such, should attract pretty, rich little girls.”
“That’s why CEO Marsan doesn’t want black or fat girls to wear BM, and having women who don’t meet BM’s standards wearing his ‘sophisticated and beautiful’ clothing would tarnish the brand’s image.”

In order to make the brand more in line with this standard, they even implemented such blatantly discriminatory BM criteria into the hiring of BM’s store staff as well.

A former BM New York regional manager said, “BM never hid its criteria; thin, white, blonde, pretty – if the candidate met it, then we hired her.”

When hiring, a photo of the candidate is sent to several executives, and her salary is determined directly by her looks.

The closer she is to the “BM girl” standard, the higher her salary will be.

In order to maintain the “pure” BM style, the CEO will continue to ask for full-body photos of employees in the store.

“Any employee who doesn’t meet his ‘slim blonde white’ criteria will eventually be fired. If an employee is black, or fat, then they are not expected to be in the store.”

In fact, the “special requirements” of BM stores for employees are not untraceable.

But regardless of the storm within BM, there is no denying that the “BM style aesthetic” he promotes has been successfully marketed.

After the first BM store opened in China, a 25-year-old girl from Jiangsu province saw photos of this pure lust on social media and made a pilgrimage to the store with her suitcase.

But in the end, she didn’t buy anything.

She said the clothes didn’t fit, but instead of blaming BM, she blamed herself: “It’s not that the clothes are too small, it’s that I’m too ‘big’.”

It’s not their problem, it’s my own because I’m not thin enough.

On the Internet, social media for the pursuit of extreme thinness is reflected in every aspect, A4 waist, collarbone coin …… more and more Chinese women are also wrapped up in it.

Girls who are not thin enough start extreme dieting to try to make themselves a little thinner.

In 2002, the Shanghai Mental Health Center began using computers for statistics, and at that time there was only one case of eating disorder patients hospitalized for the entire year.

The youngest patient was even only 7 years old.

One doctor said, “In previous years, the ward also had a seasonal character, with more hospitalizations in the winter and summer, and beds becoming available as soon as school started. But in the last two years cases have exploded and are no longer affected by holidays, there are too many patients.”

There are even many people who, in the course of treatment, will “give up treatment” because of the pursuit of extreme thinness.

“There is a patient weight recovery to 85 pounds after, said what refused to treat, she could not accept more than 85 pounds, because a star is 85 pounds ……”

Society’s standard for beauty may be single, but the performance of beauty itself is by no means bound to it.

Everyone is able to have their own beauty – there is no aesthetic beauty that is worth the cost of our health, as a price.