Will more overseas textile orders flow to Chinese factories in 2021? 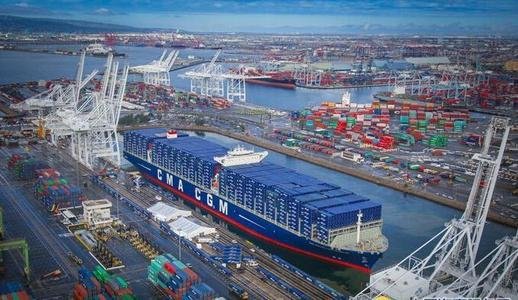 “At the beginning of the year, I always heard that foreign trade is the most difficult industry this year. Why now I always see the news of export explosion?”

This is not a question of the industry, but I believe that there will indeed be a part of the foreign trade will mutter, is it really just our difficult?

Judging from the current global market environment, the trend of China’s manufacturing industry is obvious to all.

Recently, a large garment factory in Dongguan worked with cross-border e-commerce customers in Guangzhou to sell garments to end consumers in the United States and Japan through Amazon.Just in the past Black Friday and Internet One, customers’ store traffic on Amazon surged, and orders soared.Guangzhou’s cross-border e-commerce customers have increased their purchases this year, from a few thousand in the past to hundreds of times more now, the factory’s director said.

Some garment factories in Dongguan also said they had resumed taking orders since July and that orders were now scheduled until the end of the year.Recently, a garment factory of Qiosi in Hangzhou has been unable to meet all the orders and its production has been scheduled to January next year.Recently, the garment industry shows a good state of order, a hot phenomenon.

According to the latest data, China’s exports of goods in the first 10 months of this year grew by 0.5% in dollar terms compared with the same period last year. In October, the growth rate surged by 11.4%, the fastest in 20 months.Among them, textile and garment exports grew by 9.5% from January to October, and the growth rate reached 15.7% in October, maintaining a strong growth trend.The rapid growth of textile exports mainly benefits from the safety and stability of the industrial chain and supply chain of China’s textile industry, which effectively guarantees the production and supply capacity of textile and clothing.

Affected by the epidemic, the production rhythm of many major textile exporters has been disrupted. In addition to the market opportunities brought by the festive consumption season, the garment order flow of major garment exporters such as India, Vietnam and Bangladesh has become the focus of attention at home and abroad.

Since the outbreak of COVID-19, the world economic landscape has changed a lot. One important feature is that the COVID-19 epidemic will coexist with mankind for a long time to come. The impact of the epidemic on the economy will continue, and the security and stability of industrial and supply chains are more important than ever.

◆First, China has demonstrated its strong institutional strength and mobilization capacity in epidemic prevention and control, which has provided a strong guarantee for enterprises to resume work and production.

◆Second, China is the largest manufacturing country and the only country in the world with all industrial categories. It has the advantage of the whole industrial chain. It can support industries nearby to ensure production and supply capacity.

◆ Third, it has excellent circulation infrastructure and system.Good ports, railways, airports and other facilities, as well as efficient logistics system, can quickly and timely delivery of products to all parts of the world.

In the future, the advantages and functions of these factors will continue to highlight, to a large extent can offset the disadvantage of China’s constantly rising labor costs, China’s enterprises will welcome a rare window of opportunity in the development of foreign trade.
However, we should also be aware that there may be undercurrents under the calm sea.This year’s COVID-19 outbreak is starting to make us reconsider this view and consider the following questions:

Why did our orders explode?

Will the order be “sustainable” when the outbreak is over?

How many countries are aware of this problem and what is their solution?

The outbreak of the epidemic has actually exposed the risks brought by economic globalization.To fend off risks, more and more countries may start to rebuild their own industrial chains for economic security reasons. It is unclear how many orders will remain in China this year.

At the same time, the dollar depreciation, to China’s foreign trade enterprises brought huge pressure of RMB appreciation.For most export enterprises, the profit space has been greatly compressed, and the financial status of enterprises is facing great challenges.Then, under such circumstances, can the signing of RCEP (Regional Comprehensive Economic Partnership) offset the impact of the relocation of industrial chains and the return of manufacturing industries on China’s manufacturing industry?

Statistics show that in the RCEP, China’s manufacturing sector accounts for 65%, its population accounts for 64% and its economic volume accounts for 55%. This is far more than any other country in the RCEP, which determines China’s near-dominant and important position in the RCEP.The RCEP will focus on China and divide the industrial chain, which is very helpful for China to build its own economic system and international sphere of influence.
For China, the good news from RCEP is much more than that.Interested friends can get to know it through many channels, I will not repeat here.
When I was talking to a business owner last week about the RCEP, I asked him if he had studied it carefully and if he had considered what changes it would bring to the development of the business.The boss pondered and asked me a question: “When will RCEP be fully implemented?”
Instead of an academic scholarly analysis of RCEP’s pros and cons, the boss’s question goes to the heart of the matter.
There is no doubt that THE RCEP will bring huge dividends to Chinese manufacturing enterprises, but its full implementation will not be accomplished overnight.Maybe it’s three years, five years, maybe it’s 20 years. It’s more important for the company to survive and try to hitch a ride.It is too early to think about what the RCEP will gain from next year and the year after.