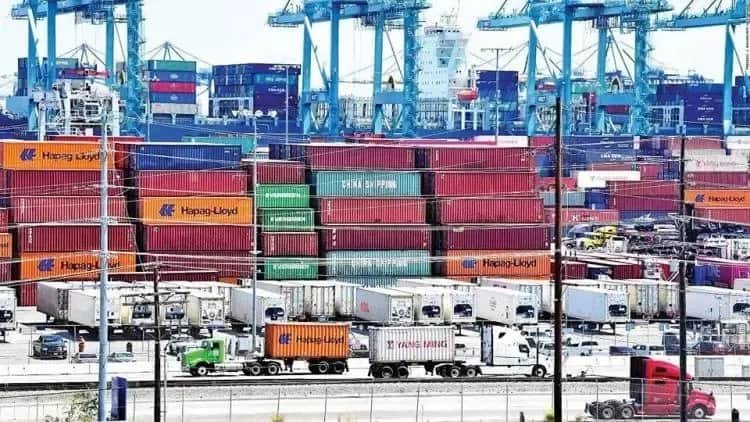 Garment manufacturers here staged a one-day hunger strike last Friday to protest the steep rise in yarn prices. According to industry sources, more than 80 percent of the manufacturers closed their factories, affecting businesses worth more than Rs 3 billion.

Representatives of more than 117 textile bodies participating in the hunger strike said the unprecedented rise in yarn prices triggered by high cotton prices has affected small manufacturers, said MP Muthurathinam, president of the Tirupur Exporters and Manufacturers Association (Teama), adding that while there is enough cotton to meet demand, unbridled hoarding by agents has led to price hikes.

“This has further led spinners to raise yarn prices. The artificial price hike has adversely affected the garment industry in Tirupur. As many as 90 percent of the manufacturing units here are micro and small enterprises.

The dynamic cost of raw materials has been affecting export orders due to competitive costs offered by countries like China, Bangladesh, and Pakistan. To make matters worse, the country is about to import garments from Bangladesh,” he said.

The protesters demanded an immediate ban or control on the export of raw cotton and yarn. They urged the Cotton Corporation of India to supply raw cotton to the textile industry, not agents.

The state’s textile industry needs 11 million bales of cotton annually. “By setting up an independent body like CCI in Tamil Nadu, the state government can streamline the supply of cotton by sourcing it from farmers. The government should also set up a welfare board for the 1.2 million employees in the industry,” the representative added.

PMK founder S. Ramadoss said on Friday that the nearly 40 percent rise in yarn prices has affected the handloom and textile industry and will adversely affect the economy of Tamil Nadu.

He called for a temporary ban on yarn and cotton exports to stop the price hike and increase cotton production as a long-term solution. dr. Ramadoss said in a statement that Tamil Nadu is a major exporter of handlooms, textiles, and garments and the industry is responsible for bringing in foreign exchange.

In protest, more than 25,000 handlooms have stopped operating and nearly 50,000 workers have lost their jobs in districts such as Namakkal, Tenkasi, and Salem. Production has fallen,” he said. The unregulated export of thread cotton is the reason for the price increase.