Pants are the foundation of a man’s style. Don’t miss these 3 pairs! 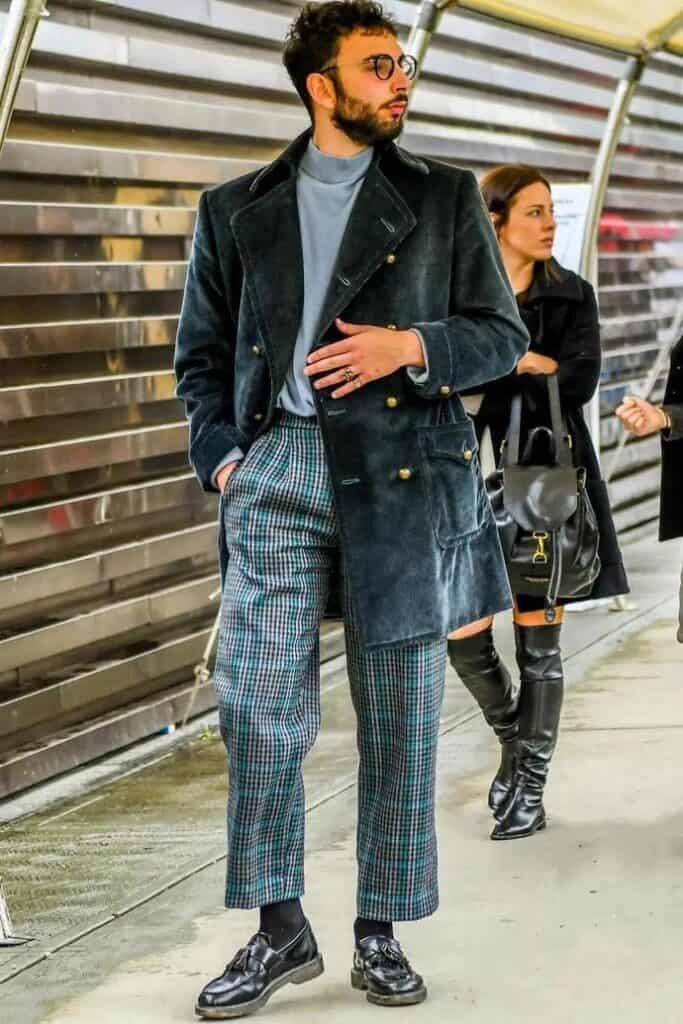 Pants are the “foundation” of a man’s style, supporting the overall shape structure, its importance is self-evident, but the more important things, many people also know that the less to decorate it.

Under the influence of the media, blue, white and so on are also the pants that men are willing to try on.

Today brings you more choices, from the lower half of the body began to give color, the beginning of the New Year will be handsome turn over the whole street.

Army green is supposed to be another “black” for men.

It has the same understated “firmness” as black, which can refine a man’s quality, and is a color that men can wear in addition to black, but at the same time require security and safety.

The same goes for pants, of course.

In addition, the collocation flexibility of military green pants is also very high.

However, army green pants are not the same as “army pants”, they also have some suede or tweed material on the fabric.

These chunky green trousers, less macho and more gentry than the more traditional ones, offer a sharp contrast in style.

When using them to match suit or it is other recreational style, model case is more elegant, also can relaxed and novel, active not common.

Corduroy’s return as a “trendy material” is nothing new, but a lot of times it exists as a jacket, or a suit, and few people think about it at the trouser level alone.

In fact, corduroy pants are definitely a must-have pair of pants in a man’s closet.

And on the style, corduroy pants can still give the style mellow retro features.

Likewise, plaid is also one of the most classic pattern elements in men’s style. It is particularly common in suits, jackets, coats and other coats, but it can be found on pants, if not matched with suits, but can be counted on one’s fingers.

Compared to a clean solid color, adding plaid elements is also an obvious way to separate yourself from the crowd and stand out.

When you put on a fluffy coat, including a teddy bear coat, a lamb jacket, a fur coat, and a fleece, you can also use a pair of plaid pants to make the overall texture smooth and full.

In all fabric plaid pants, winter is not to miss the natural tweed material.

Compare with common case grain pants, it still had more the effect of a thick solid soft glutinous, keep warm sex more sufficient, it is the choice that can go up as the savour on gentleman leg in the winter, give rich delicate protruding to come out, set temperamental fundamental key.