Why Dye Prices Suddenly Go Up After The Spring Festival 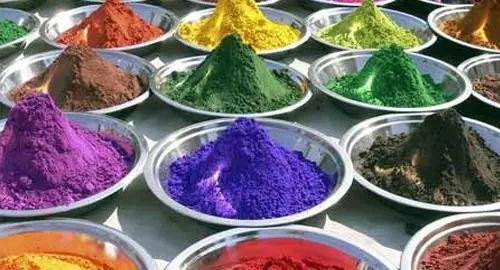 内容 隐藏
1 Dyeing mills are short on stocks while demand soars
2 When the price of intermediates increase, the cost of dye increases
3 Dyeing fee prices may initiate a raise
4 Dealing with price increase

In recent times, the market has emerged following the holiday situation on printing and dyeing factory production. However, printing and dyeing enterprises still receive many requests. It is a common fact, though, that they have planned on holiday in late January or early February.
The end and beginning of the year are also relatively essential peak seasons. Because during this period, the market is not short of orders.
They shut down dyeing and printing plants because workers have gone home on holiday.

When more dyeing factories go on a holiday in the market, the remaining dyeing factory orders will pile up. With many orders coming in, it will also heighten the demand for printing and dyeing factories. Based on some analysis from the major producers and suppliers, the dye rates will either rise or remain. The prices may vary and will depend on the number of orders in the market.

Dyeing mills are short on stocks while demand soars

The downstream fabric stocks and supplies happen during spring and summer, autumn and winter seasons. The printing and dyeing operations have not been affected by the epidemic but out of the uptrend curve.
As regards dye, dealers also ushered in the stock season. The volume in the shipment of major dye companies in this period is going fast.
At present, the price of dyestuff is in the cycling channel, and the likely strength of dye rise continues to increase.
Longsheng, Leangtu, and other dye giants currently have low inventory. Some varieties have been out of stock and are bound to usher in a wave of demands.

When the price of intermediates increase, the cost of dye increases

The price of dye intermediates continues to rise. It is affected by the surge of basic chemical raw materials and other factors.

Bengbu Emergency Management Bureau of the feeding system blocks China’s largest nitro chlorobenzene company “Bayi Chemical.” Hence, the company receives administrative punishment.
Nitrochlorobenzene is an essential intermediate for dyes, pesticides, and medicines. The annual production capacity of nitro chlorobenzene in China is 830,000 tons. Bayi Chemical Company has 320,000 tons, accounting for about 39% of the total production. It makes them rank first in the industry.
P-nitro chlorobenzene is the main raw material of anisole and reductant. They can affect the production cost of dispersive blue HGL and dispersive black ECT.
After the closure of the old Bayi chemical plant, the operation will be in the high price range before construction of the new plant.

Lately, the price of dye has been soaring. Once the price of dye becomes a reality, it will have a significant increase in the cost of printing and dyeing.
To counterbalance the increasing cost, these companies will inevitably stretch the dyeing fee. At the same time, after the market situation at the end of the year, the order volume of the textile market will not be very bad.
Due to the cost obtained and demand support, the dyeing fee increase also seems reasonable.
Once the dyeing fee increases, suppliers, who have already quoted prices in the early stage, will have to face the state of cost rise and profit reduction.

Take the weaving market, for example. The upstream raw material prices, after bottoming out, gradually drive up the price of grey cloth.
While the printing and dyeing market and other important raw materials are ready to move forward, the entire demand and cost end in support of dye prices.
Expect an increase in dyeing fee after the Spring Festival. This fact is due to the dyes in the market. As a precaution, traders need to consider the possible changes in dyeing fees when giving quotes to clients.