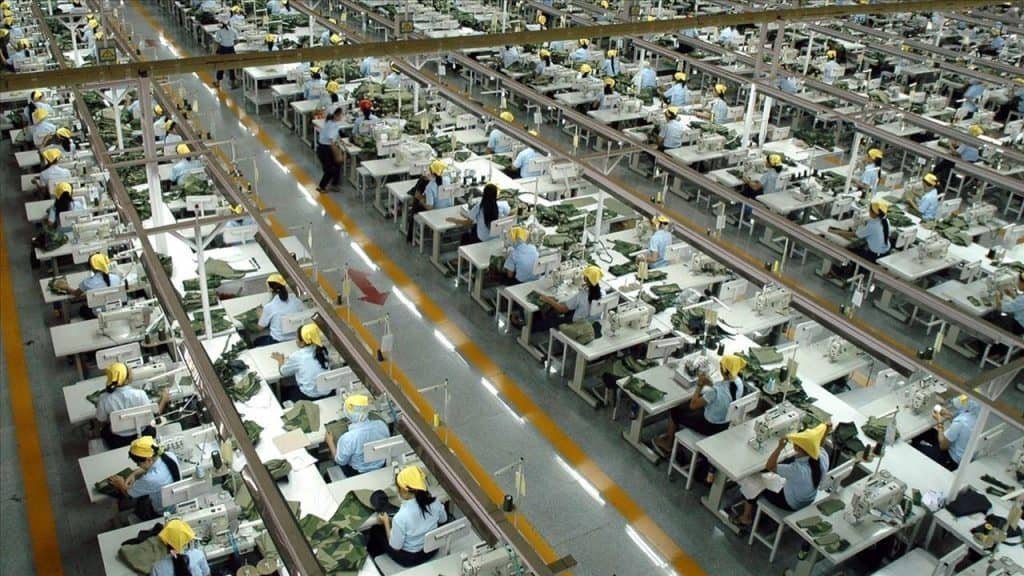 In the first and second quarters of this year, China’s apparel exports grew at 47.4% and 35.7%, respectively, and due to a high base last year, the growth rate slowed significantly in the third quarter, dropping to 9.6%, but the scale of exports remained at a historically high level.

China’s market share in the U.S. and Japan is stable, in the EU share is squeezed by Turkey, and so on.

From January to August the main international market imports, China in the United States, the European Union, and the United Kingdom apparel imports market share fell 0.7, 2.3 and 3.1 percentage points, respectively, in Japan and South Korea market share increased by 0.8 and 1.7 percentage points, respectively. Other major supplier countries, Turkey performed well, with exports up 30.3% in the first eight months, India experienced the epidemic, but garment exports in the first half of the year still grew by 36.5%, and Vietnam grew 15.8% in the first eight months.

Guangdong continues to lead the way, and Zhejiang’s garment exports have returned to pre-epidemic levels.

Since this year, the momentum of recovery in international market demand is obvious, but the risk challenges faced by micro-enterprise entities have increased. U.S. consumer confidence rebounded in October after three consecutive months of decline, but the inflation index continued to hit a 13-year high in September. The EU and Japan have repeatedly oscillated between “blockade” and “unblocked”, and consumption has not yet returned to pre-epidemic levels, at 85% and 75% of pre-epidemic levels respectively.

In the recovery of external demand, the industry will face greater cost and capacity pressure. First, the high cost of shipping and tight capacity is still difficult to fully alleviate. Second, the price of cotton and other raw materials from the supply and demand fundamentals irrational rise, driving some intermediate products to follow the price increase, far beyond the downstream enterprises and market affordability. Third, the tight supply of energy and price increases have become a common phenomenon, the capacity of the entire industry chain in various segments has played a suppressive role. Fourth, the RMB exchange rate remained firm and continued to compress export profits.