Biodegradable Velcro, have you seen it? 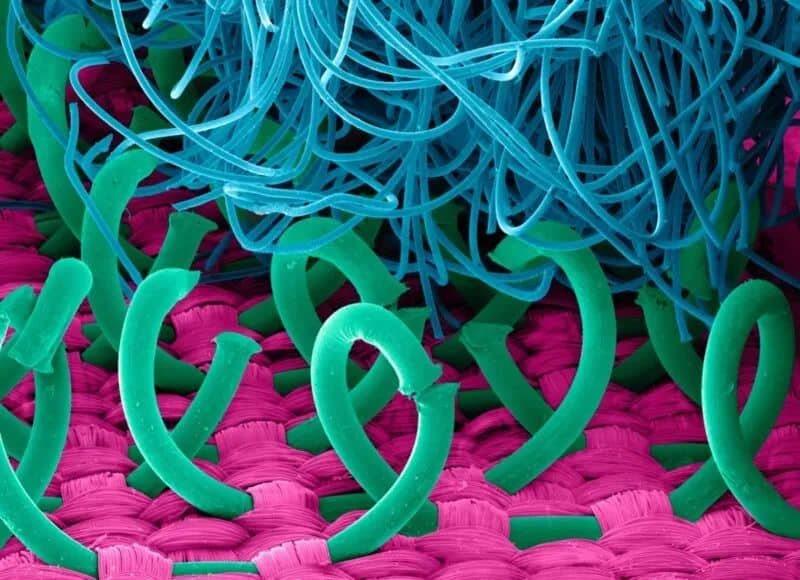 Velcro is an ingenious hook-and-loop fastener inspired by nature, especially the celandine plant. Now, scientists at the Italian Institute of Technology are returning that inspiration. According to a paper published in November in the journal Communications Materials, they have created the first biodegradable Velcro, inspired by climbing plants, to be used to build small devices to help detect the health of plants and deliver pesticides and medications as needed.

The creator of Velcro is a Swiss engineer named George de Mestral, who combined his love of invention with his passion for the outdoors. After completing his studies, he found a job in the machine shop of a Swiss engineering company. in 1948, George de Mestral took a two-week vacation from his job to go wild bird hunting. While hiking in the Jura Mountains with his Irish hound, he was plagued by burdocks (the seeds of burdock) that clung relentlessly to his clothes and his dog’s fur.

Untangling these tenacious seeds was so difficult that George de Mestral became interested in their construction and examined them under a microscope. He noticed that the outside of each burr was covered with hundreds of small hooks that could grip the loop of thread and also the dog’s hair. This gave him the idea for a similar artificial fastener.

He held discussions in Lyon, France – then the center of the world’s textile industry – with most fabric and cloth experts, who were skeptical that the idea was feasible. But one weaver shared George de Mestral’s love of invention, and working by hand on a small loom, he managed to weave two cotton bands as strong as burdock seeds. George de Mestral called this invention Velcro, from the French words VELours (“velvet “) and CROchet (“hook”). The trade name was officially registered on May 13, 1958, by which time George de Mestral had quit his job at his engineering firm and obtained a $150,000 loan to refine the concept and set up his own company to manufacture his new hook-and-loop fasteners.

Velcro was officially launched in 1960 and was not an immediate success, although NASA found it useful for getting astronauts in and out of bulky spacesuits. Eventually, manufacturers of children’s and sportswear realized the possibilities, and the company was soon selling more than 60 million yards of Velcro a year, making de Mestral a multimillionaire.

Velcro is typically made of nylon and is used on toys such as athletic shoes, backpacks, purses, jackets, watch straps, blood pressure cuffs, and child safety dartboards. It even helped hold a human heart together during the first artificial heart transplant. Its “stickiness” comes from its structure: look at the two straps of Velcro under a microscope and you’ll see that one contains tiny loops, while the other has tiny hooks that grab the loops and hold them firmly in place.

Isabella Fiorello and her colleagues are interested in developing innovative new technologies, including the possibility of monitoring plants in situ to detect diseases and also to deliver various substances to plants. However, few such devices can be attached directly to plant leaves without damaging them. The best options available are sensors that are attached with chemical glue or clips. There are also microneedle-based patches being developed that can penetrate leaves for disease detection.

Fiorello et al. drew inspiration from the common octocarpus plant, which can form dense, tangled mats on the ground. Although the plants can grow up to 6 feet, they cannot stand on their own but must use other plants for support. As a result, such plants rely on “a unique parasitic ratchet-like anchoring mechanism that uses microscopic hooks mechanically linked to the leaves to climb onto the host plant.”

The Italian team carefully studied the micro-hook structure and then used a high-resolution 3D printer to create artificial versions using a variety of materials, including a photosensitive and biodegradable material made from a sugar-like substance known as isomaltose. These artificial replicas were shown to be able to attach to many different plant species, just like their natural copies.

Experiments by Fiorello et al. have shown that their artificial microhooks can target the controlled release of insecticides, fungicides, or drugs onto leaves, which would greatly reduce the need for widespread use of insecticides. And, because they dissolve once applied, no additional waste is generated.

The team also printed hooks made of photosensitive resin and assembled them with light, temperature, and humidity sensors to make smart clips for wireless monitoring of plant health. The clips are attached to individual leaves and transmit data wirelessly via custom computer software.

The prototype has proven to withstand high winds and is capable of making real-time measurements for up to 50 days. The devices can be used for small-scale plant applications or on a larger scale. And it says many of these devices could be distributed to farmers to better map and monitor vast planting areas.