How many of these precautions in the process of receiving and remitting money have you encountered? 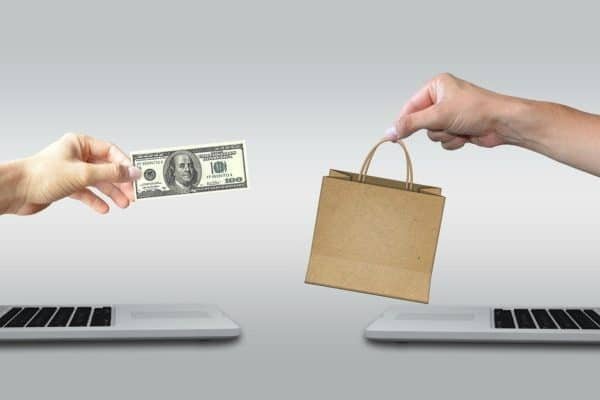 The reason I do this is to avoid customers asking “why the money received is not the same as the amount on the invoice” after they receive the money.

Some customers are aware that the bank will deduct fees and that there is a difference between the remittance amount and the actual amount received.

However, some people do not know, or pretend not to know, and will argue over the handling fee of a few tens of dollars.

To avoid trouble, when sending money abroad, I usually choose “payer pays all fees” to ensure that the invoice amount and the amount received by the customer are exactly the same.

I always thought this habit was a good one, but I never thought that I would make a mistake because of it.

When I sent the pound to the client, I chose “payer pays all bank charges” as usual.

However, a week after the transfer was completed, the British company contacted me and said that they had not received the money.

I was surprised that I had checked the payee’s information carefully when I made the payment, so how could I not receive the money?

My first thought was that the money could have been randomly checked by the intermediary bank, or it had already arrived at the bank and was just hanging on the bank’s account, not being credited.

With doubts, I called the bank’s customer service number to ask where the money went.

I didn’t expect customer service to tell me, “Because of insufficient balance, the fee debit failed to remittance failure.”

This reason made my jaw drop and I told customer service in a firm voice that the balance in my account was sufficient to deduct any of the fees.

And the fee to be deducted by the receiving bank was 26.7 pounds, which led to the situation that the balance was insufficient and the fee deduction failed.

As the deduction failed, the money naturally could not be successfully remitted.

I have always insisted on the good habit, I thought to avoid trouble, but I did not expect that sometimes it will bring you big trouble.

So, there are many things that still need to be looked at dialectically, not to mention not to be taken for granted.

How could I have thought that one day I would actually fail to send money because of insufficient handling fees?

Once, I wired a sum of money to a domestic supplier.

After sending the money, I found out that I had sent it to an account they don’t use often. (I used to register the payment account provided by the supplier to the Internet banking back office, so that it would be much easier to make the second payment. So, in the net banking back office, one supplier may correspond to several collection accounts)

I immediately notified the factory salesman and told him that the remittance was paid to a different account.

If it was a separate account that had been canceled, I naturally wouldn’t have to worry, the money would have been returned the same way.

So, I immediately called the bank’s customer service to check the status of the payment.

Customer service said that the bank had received the instruction and executed the payment instruction.

I was surprised and asked.

I just paid the money, not even three minutes ago, and you have already executed it?

The customer service explained that since the recipient bank was also in Hong Kong, bank remittances between Hong Kong were very fast and the remittance instructions sent by the remitter were executed instantly.

I asked.
Can I guarantee that the money will be returned if I revoke the remittance?

The implication is that if the recipient does not agree or does not cooperate with the refund, the money will have to stay in his account.

Finally, I asked another question: “If the payment bank has not yet operated the payment instruction, at this time I ask to revoke the remittance, is the money will not be deducted?”

When a customer gives you a bank water slip and urges you to ship the money, be sure to be calm and wait until the money arrives before shipping.

Some scammer countries (China’s factories are not interested in some countries’ inquiries or orders, because the rate of encountering scammers is very high, here I will not directly say the names of these countries) of some scammers like to play this trick, go to the bank on Friday afternoon to pay, send the water bill to the salesman, and then to a hundred thousand urgent posture to rush the factory to load the cabinet.

Many factories consider the long-term cooperation will compromise, in the case of not receiving payment, the goods to send.

As a result, later found how the payment can not be accounted for, at this time to go back to the customer, they will be a variety of reasons to stall. And the factory will be in a very passive situation because the goods have been sent.

Similarly, when you pay the money to the account designated by the fraudster, the only way to get the money back is to notify the bank to revoke the remittance before the payment instruction is executed.

Because once the remittance instruction has been operated, the money-back has to compete for the recipient’s consent.

As you can imagine, the scammer’s intention is to cheat you out of your money, so how would he agree to return the money again?

However, sometimes customers are late in remitting money because the paying bank encountered a holiday that delayed the execution of the remittance instructions, or the person in charge forgot about it.

Yes, you read that right, banks do forget about things.