Empty shelves! Many malls and supermarkets in the United States are short of goods! Pepsi has raised prices and even toilet paper is “restricted”! 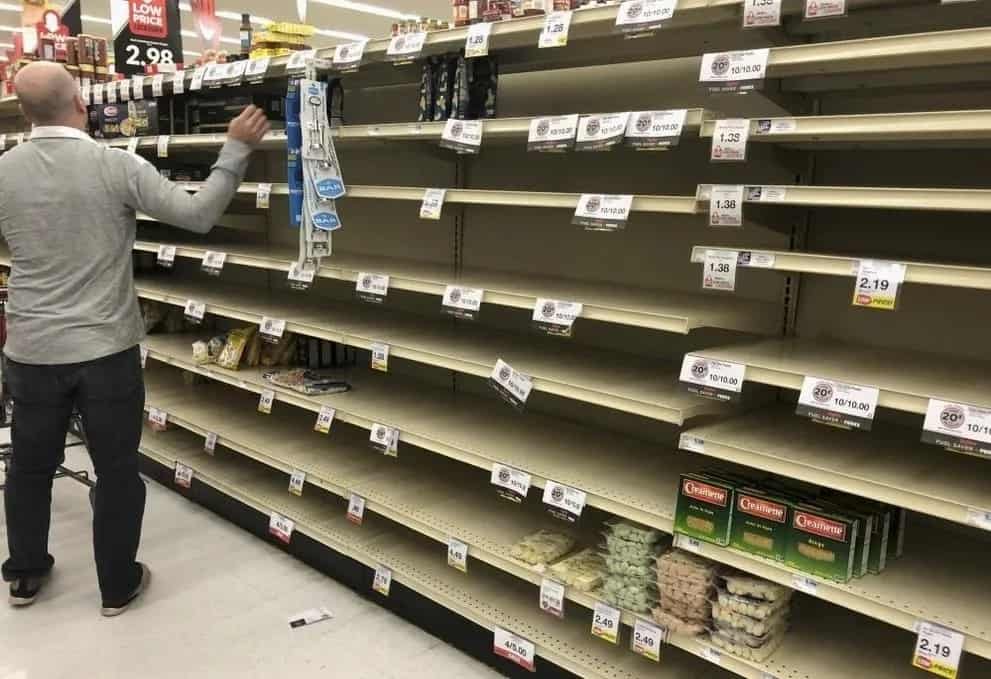 内容 隐藏
1 Supermarkets will be “shelf-empty” at Christmas
2 Pepsi raises prices again
3 U.S. inflation situation will continue into next year

The International Monetary Fund (IMF) recently lowered its forecast for U.S. economic growth in 2021 by a full percentage point to 6.0 percent from its July estimate of 7.0 percent – the projected growth rate in July was seen as the strongest rate since 1984.

And it said continued supply chain disruptions and price pressures are hampering the global economy’s recovery from the new crown epidemic.

Previously, the White House has been trying to work on supply bottlenecks for everything from meat to semiconductors, and in June set up a task force and appointed an official to push private businesses to take action to ease the disruptions. Despite this, supply chain problems remain unabated.

Supermarkets will be “shelf-empty” at Christmas

At the same time, with the arrival of the traditional Western shopping season at the end of the year, the White House has undoubtedly been worried about the predicament facing the supply chain. White House officials warned that this Christmas, the American people may face price increases and some shelves empty situation.

According to CNN, recently, the U.S. malls, supermarkets, grocery stores in many places have a variety of commodity shortages, including food and beverage, clothing, and daily necessities, including many goods that are out of stock to varying degrees.

Many supermarkets had empty shelves or only a few items for customers to choose from, and some stores said they were “not sure when they will be able to restock.

Even some large supermarket chains have begun to revert to the “limited purchase” measures at the beginning of the outbreak, and have begun to limit the amount of toilet paper and other necessities that customers can buy.

Some U.S. media analyses pointed out that the problem of commodity shortage in the United States has always existed.

The epidemic will magnify this problem because the epidemic has been difficult to get effective control of, so the shortage of goods in the short term is not expected to be alleviated, “empty shelves” in this winter will become the norm faced by Americans.

Pepsi, a Global 100 company, has also been deeply affected by the tight supply chain in the United States.

“Over the past few months, Pepsi has had to struggle to address shortages of cans and beverage bottles.”

Hugh Johnston, Pepsi’s chief financial officer, said in an interview with foreign media that the shortage of raw materials was highlighted by a surge in demand for Pepsi beverages in restaurants and theaters after restrictions caused by the outbreak were lifted.

In fact, in recent weeks, Pepsi has raised the prices of its sodas and snacks as higher raw material prices squeeze the packaged food industry’s otherwise favorable profit margins.

The issue of rising raw material prices was also reflected in Pepsi’s latest financial results for the third quarter of 2021. Costs rose by more than 10% due to increased distribution and marketing expenses.

Pepsi noted that in addition to raw material shortages, labor shortages, reduced availability of air or other commercial transportation, port closures or border restrictions have likewise adversely impacted the supply chain, any of which could affect Pepsi’s ability to produce and sell its products.

“Prices are also likely to increase in the first quarter of 2022 as the impact of commodity inflation is fully absorbed and locked in.” Hugh Johnston said.

U.S. inflation situation will continue into next year

Meanwhile, not just Pepsi, the oversupply of U.S. goods has sparked a degree of inflation, with the Federal Reserve already projecting a 4.2 percent inflation rate in 2021, well above its 2 percent target.

White House officials say U.S. consumers, who are not yet comfortable with empty shelves, may need to be flexible and remain patient.

The latest U.S. CPI (Consumer Price Index) data for September shows that the U.S. economy continues to face inflationary pressures. The three major U.S. stock indexes varied on the day, the Dow fell slightly, the S&P 500 and the Nasdaq were boosted by technology stocks closed up. As of the close, the Dow fell 0.0015%, the S&P 500 rose 0.30%, the Nasdaq rose 0.73%.

Recent data released by the U.S. Department of Labor showed that the U.S. CPI rose 5.4% year-over-year in September, beating market expectations for the fifth consecutive month of year-over-year growth above the 5% level.

The data showed that rising food, gasoline, and rents pushed the CPI to remain high in September.

Some analysts point out that higher prices and rising costs of living are signs that the high inflation situation in the U.S. is likely to continue into next year.