UNIQLO: Scam of the Century Revealed 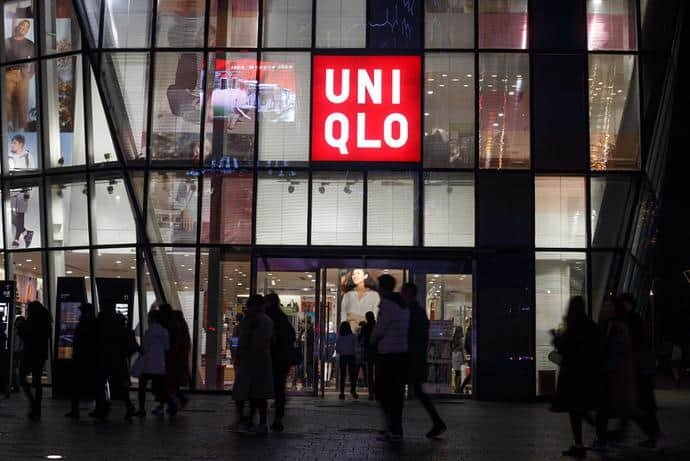 内容 隐藏
1 NO. 1 in the world by market capitalization at $10 Trillion, but not for fast fashion.
2 Uniqlo is not fast fashion
3 Supply chain
4 Build growth hacks across terminals
5 Superstar Store Manager System
6 The right to speak in the front line
7 Balancing Act

NO. 1 in the world by market capitalization at $10 Trillion, but not for fast fashion.

The data shows Uniqlo has become the world’s largest clothing company by market capitalization for the first time.

In 2020, Uniqlo contributed more than 80% to its parent company’s total annual revenue.
However, due to the epidemic’s impact, the 2020 fiscal year revenue and profit both declined.

But Zara and its parent Inditex are having a harder time.
Inditex’s stock has been on a steady slide, losing nearly 20% of its value to date. It also dropped out of the $100 billion market cap club after a massive loss in 2020.

There’s just one puzzling question: Why do investors prefer Uniqlo to fast-fashion brands in 2020 when the industry weakens?

The business truth in the industry is beginning to break out.

Uniqlo is not fast fashion

Today, when we look at Uniqlo, the first thing that comes to mind is fast fashion.
Along with Zara, H&M, and Gap, this brand has formed the lineup of the world’s four major fast fashion brands.

But few people don’t know that Uniqlo has not always been fast fashion.

As a seller of affordable clothing lines, Uniqlo competes with fast-fashion brands such as H&M and Zara.
The only difference is that the latter emphasizes the design. And it can be updated every year to tens of thousands of styles, selling what’s on-trend.

But Uniqlo founder Tadashi Yanai discovered that fashion items such as celebrities or magazine styles do not sell best.
The truth is that 70% of sales for most brands come from basic models.

As a result, Uniqlo began to compete with H&M, Zara, and other brands in a misplaced way. When Uniqlo was the main fashion brand, they developed 70% of their style from the basics.
Eventually, Uniqlo grew into Japan’s largest clothing retailer and the world’s most valuable clothing company.

Uniqlo has cooperated with less than 100 factories in the following years in the context of basic model sales. Meanwhile, Zara and other fast fashion brands have collaborated with more than 1,000 factories at every turn. A series of cost comparisons such as quality control, risk control, and management is apparent.

Even with these dozens of cooperative factories, Uniqlo has gradually transferred nearly 1/3 of its production capacity to other regions. And since 2016, Vietnam is one of them.
Some of the obvious reasons are China’s labor costs, fabric costs, and the RMB exchange rate.

To better distinguish itself from fast fashion companies like Zara, Uniqlo centers on a more affordable route. It has also transformed its supply chain into SPA.
In this mode, a single company generally controls the entire industrial chain. This way can effectively manage the cost on the premise of ensuring quality.

However, SPA also encounters some problems. With the risk not being distributed to other chain participants, this might lead to a higher operation cost.

Avoiding this risk means adopting the industry’s most common management method is QR or rapid response.
Most brands use sales data and future expectations models to minimize the impact of shortages.

However, in the European and American markets, to evade SPA’s risk, the conventional management method of some food industries is ECR, namely effective customer response.
By analyzing and determining the target population’s demand data, they can manage the supply chain of information technology and modern logistics technology. This way, they will meet the demand and reduce inventory to the greatest extent.

It is the SPA+ECR model that Uniqlo utilizes to control the efficiency of the supply chain.

But then again, is SPA+ECR Uniqlo’s advantage over Zara and other fast fashion brands?
It’s not that simple.

The story began on a rainy day.

A mother with a sick child came to the Uniqlo store to borrow the store’s phone on the same day.
But Uniqlo has a policy where no one can make personal calls using business phones. Thus, the store manager turned down the mother’s request.

A few days later, Uniqlo’s headquarters received a complaint from the father.

Mr. Yanai cannot laugh nor cry.
It is good that the employees strictly follow the company’s business manual, but there was no sense of independence and initiative.

This move is similar to a Chinese restaurant brand.
According to the company’s handbook, employees must always add soy milk, change eyewear cloth, and set mobile phone cases for customers.
KPIs count things too much, and you become a rival.

Eventually, this brand cancels all the specific details on the standard service. After assessing the stores’ turnover rate, they now talk about the services from the “Haidilao.”

Instead of letting employees perform at random, it is better to let employees adjust in real-time or according to the store’s current situation. Uniqlo has then implemented the Superstar Store Manager system, where the manager is in the top position and has the most say.

Back in 2013, Yanai planned to train at least 4,000 store managers by 2021, with three to four new managers for each current manager at his level.

But becoming a “superstar store manager” is not an easy task.
There’s a need for the rank-and-file needs to work their way up to the ladder. It starts from clerk to assistant manager, regional leader, agent to the independent store manager.

In this process, similar to Haidilao testing the turnover rate, Uniqlo only cares about three factors: sales, profit, and personnel training.

At Uniqlo, these store managers are often paid ten times as much as the average employee (about $100,000 a year), but they are also Uniqlo’s most proficient employees.

The right to speak in the front line

The superstar store manager’s launch means that Uniqlo has given them the most important role.

The most intuitive expression is that when the store manager observes that local customers have a strong demand for a certain clothing, the headquarters must provide the corresponding goods as soon as possible.

An example of intuitive action is that when the store manager observes that local customers have a strong demand for certain clothing, the headquarters must provide the corresponding goods as soon as possible.

In the future, Mr. Yanai also wants Uniqlo managers to operate independently in other countries and regions, with the same authority as general managers.

With the store managers having the power to determine, decision-making has become instantaneous.
According to local conditions of the business strategy, Uniqlo’s so-called foreign brand localization is handy.

In the process, the entire Uniqlo brand began to drift between two types.
The first is the standardization of chain stores. The second is personalized single-store operation.

How to balance these two types becomes a problem.

At that point, Uniqlo’s headquarters stepped back and became a team of sources and think tanks.
When the store manager gives orders, the head office acts as a consultant to participate in the decision. And behind this is the feedback data obtained from the head office’s face-to-face communication with more than 300 customers and telephone contact with more than 3,000 customers every month.

Behind each store manager is a strong team of advisors. The business has become a lot transparent.
It is said that Zhang Minming, the regional manager of Uniqlo in central China, is the biggest example of the superstar store management system.

Uniqlo also plans to draw more than 50% of its headquarters staff from its stores in the future.
These first-line employees have helped propel Uniqlo to the top, with 2,298 stores around the world.

Even considering the superstar store management system, the victory between fast-fashion brands duels is not yet known.