Trade war ceasefire! The U.S. and China issued a joint statement that the U.S. is finally going to lower tariffs on Chinese goods. 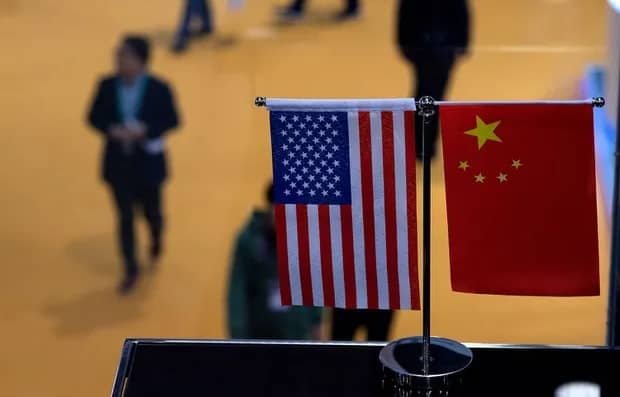 Recently, the U.S. Department of Commerce said the U.S. trade deficit rose to a record high in August, the U.S. had to raise the debt ceiling by $480 billion, and now can’t stay up with the continued climb in inflation to lower tariffs on Chinese goods.

It is reported that the U.S. tariff increase against Chinese goods has become an important factor in high inflation, and the Office of the U.S. Trade Representative began soliciting public comments on the resumption of targeted tariff exclusion procedures for Chinese imports.

However, the U.S. had previously sought comments on the tariff increase, when 92% of the comments were against it, but the U.S. government imposed the tariff as usual.

Now it seems that the public’s opinion is correct.

According to a U.S. study, at its worst, the U.S.-China trade friction provoked by the U.S. put 245,000 Americans out of work and caused $108 billion in economic losses to the United States.

China and the U.S. negotiate on economic and trade issues

A few days ago, the U.S. Trade Representative delivered a speech at the Center for Strategic and International Studies, a U.S. think tank, in which she laid out for the first time the Biden administration’s vision for trade policy with China.

She said the U.S. plans to have a frank dialogue with China on the implementation of the first phase of the U.S.-China economic and trade agreement, industrial policy, and other issues.

Then, according to Xinhua News Agency, Liu He, a member of the Political Bureau of the CPC Central Committee, Vice Premier of the State Council, and the Chinese lead of the US-China Comprehensive Economic Dialogue, held a video call with the US Trade Representative a few days ago.

The two sides had a pragmatic, frank, and constructive exchange and discussed three aspects.

Second, it was the two sides that exchanged views on the implementation of the U.S.-China economic and trade agreement.

Third, the two sides expressed their core concerns and agreed to resolve each other’s reasonable concerns through consultation.

China made representations on the elimination of tariff increases and sanctions and clarified its position on China’s economic development model and industrial policy.

Ambassador Qin Gang pointed out that since the economic and trade relations between China and the United States are mutually beneficial and win-win, they should fully consider each other’s concerns and deal with each other on the principle of mutual respect and mutual benefit, while pressure and confrontation and restriction and suppression at every turn are doomed to fail.

The United States and China have now agreed in Washington on the second round of trade talks, issuing the following joint statement.

The two sides agreed to take effective measures to substantially reduce the U.S. trade deficit in goods with China.

The two sides agreed to meaningfully increase U.S. agricultural and energy exports, and the U.S. side will send a mission to China to discuss specific matters.

The two sides held discussions on expanding trade in manufacturing products and services and reached a consensus on creating favorable conditions to increase trade in the above areas.

The two sides attached great importance to intellectual property protection and agreed to strengthen cooperation. China will push forward the revision of relevant laws and regulations, including the Patent Law.

The two sides agreed to encourage two-way investment and will work to create a fair and competitive business environment.

The two sides agreed to continue to maintain high-level communication in this regard and actively seek solutions to economic and trade issues of their respective concerns.

Both sides agreed to continue communication in an equal and mutually respectful manner to create favorable conditions for the healthy development of economic and trade relations between the two countries and the recovery of the world economy.

Note that the “premise” of the U.S.-China trade talks is that effective measures will be taken to substantially reduce the U.S. trade deficit in goods with China.

To meet the growing consumer demand of the Chinese people and promote high-quality economic development, China will substantially increase its purchases of goods and services from the United States, which will help the U.S. economy grow and create jobs, the statement said.

China will import more energy, possibly including oil, from the United States. China will increase its imports of U.S. agricultural products. In addition, the U.S. has asked for expanded trade in services, such as China’s Internet market (which is related to national security).

In the face of the U.S. “premise,” China’s pledge is to continue to maintain “high-quality” economic growth, which is the bottom line.

Many of the demands made by the U.S. side will not harm China’s economic growth, especially when viewed over time, but will instead lead to a more optimized internal structure of China’s economy and increase the sense of competition among market players, especially some state-owned enterprises.

Looking at it this way, neither China nor the United States has broken through the bottom line of both sides. Now that both sides have agreed, in a sense, this trade war is a “ceasefire”.