The worst currency performance in the world! This big Middle Eastern country’s exchange rate plunged 15% in one day, devalued over 45% in a year, and over 60,000 businesses went bankrupt …… 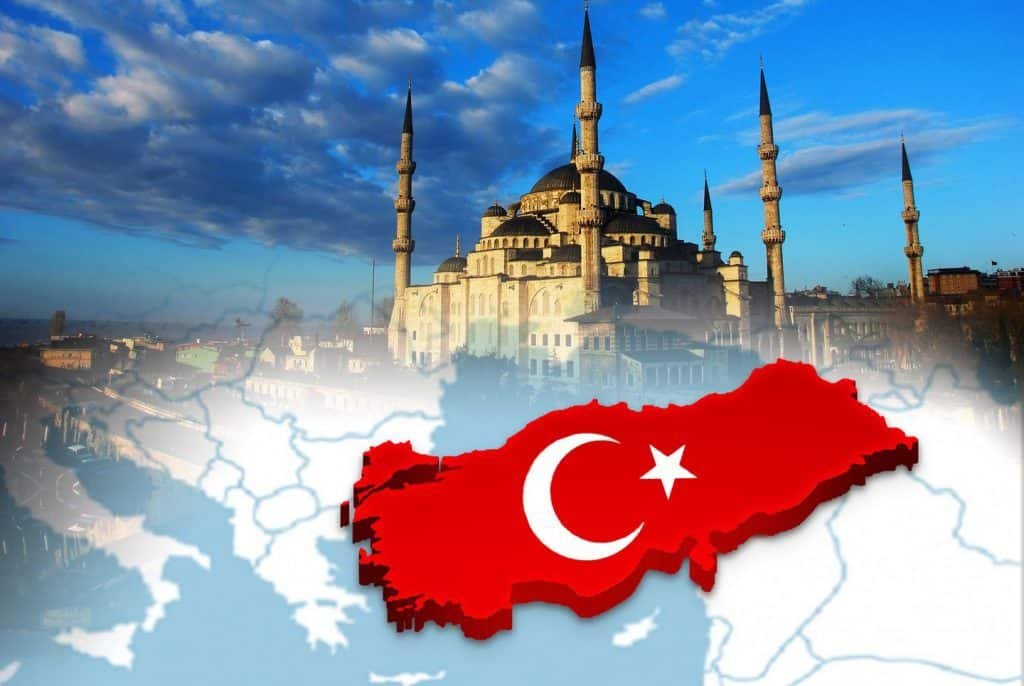 内容 隐藏
1 The lira continues to plummet and there is popular speculation that the central bank no longer has any foreign reserves!
2 Prices soar in Turkey as exchange rates depreciate sharply and inflation approaches 20%!
3 The strange customs that created the “Turkish scam”! Please pay attention to the security of the goods shipped!

Depreciation of more than 45% in a year, a 15% drop in a day like a free fall, this is how the Turkish local currency, the lira, has performed recently. The lira has become the worst-performing currency in the world this year, bar none.

In addition to the increased exchange rate risk, the odd customs regulations created by the “Turkish scam” also happen from time to time, foreign trade bosses, the current exports to Turkey, be sure to pay attention to the security of the goods!

The lira continues to plummet and there is popular speculation that the central bank no longer has any foreign reserves!

On Nov. 23, when Turkish Internet users entered Apple’s online store to shop, they found that the website, although operating normally, was no longer able to purchase any items in Turkish lira.

Apple suspended sales in Turkey because the lira plunged 15% that day, once breaking the psychological barrier of 13 liras to the dollar, breaking a record high. If it continues to open for business, the result could be a loss of one unit sold.

It is reported that on the 23rd of local time, the Turkish lira against the U.S. dollar exchange rate fell by a rare 15% in history, falling below the 13 mark, reaching a record low of 13.45 lira to the dollar. It fell below two integer levels of 12 and 13 in one day.

Apple’s emergency shutdown is new, yet for the Turkish lira, devaluation is the norm. It has hit a new all-time low every day for the past 11 trading days, the most in almost 20 years.

What is this concept?

Anyone who works in foreign trade knows that when a country’s currency depreciates, it favors exports over imports, and the cost of imports will increase with the depreciation of the currency. Think about it, who is willing to bear such exchange loss for Turkish importers who order in September and deliver in November?

Moreover, feeling that “money is losing its value day by day,” Turks have started to “vote with their money” and frantically purchase foreign currency to protect themselves from the devaluation and increasingly rampant inflation. According to Turkey’s central bank, as of Oct. 1, local residents held a total of $232.7 billion in foreign currency deposits, up 20 percent from the beginning of 2020.

As the Turkish lira continues to sink, the Turkish Ministry of Finance has introduced new rules requiring money changers to register the identity of their customers, whereas previously, only customers with transactions of $3,000 or more were required to submit personal information.

A resident of Ankara, Turkey: I guess the Turkish central bank doesn’t have any foreign reserves anymore, so they can’t intervene. If they had $140 billion, they probably would have intervened and the lira would not have fallen below 10 against the dollar, which is now unlimited.

The sharp depreciation of the exchange rate has further pushed up the cost of imported goods and fuel. Economic analysts say that while the current inflation rate in Turkey is around 20%, the rate is expected to rise too much higher levels. This means that the prices of basic commodities are soaring high, while real incomes are depreciating and people are living in misery.

A resident of Diyarbakir, Turkey: “A 50 kg bag of flour used to be 100 liras and now it costs 300 liras. Everyone is sad, many people are trying to find jobs abroad, and there are no longer any employment opportunities in Diyarbakir.”

Shoemakers in Diyarbakir, Turkey: “We can no longer purchase materials, and in addition to the increase in foreign currency, local prices have also skyrocketed. Our production has stopped and we are sitting idle without any work and we can’t afford to buy bread, so I don’t know what to say about this.”

In addition to the exchange rate risk, foreign trade bosses also need to pay attention to the “Turkish scam”!

The strange customs that created the “Turkish scam”! Please pay attention to the security of the goods shipped!

Veteran foreign trade practitioners may have heard of a classic scam called the “Turkish Scam”. It is because of the “strange rules” of Turkish customs –

Before the ship arrives at the Turkish port, the freight forwarder is required to register the cargo in the name of the consignee, and any future changes will require the written consent of the original consignee. As a direct result of such a requirement, the title is transferred to the consignee before the actual delivery of the goods, regardless of whether the consignee has fulfilled its obligations under the trade contract.

Upon arrival of the goods, the importer should complete the pickup procedure within 45 days, otherwise the goods will be confiscate and auctioned. However, after the expiration of the 45 days, the consignee (buyer) has two opportunities to apply for extensions of 30 days each, and does not need to submit a reason for the extension. Thereafter, the consignee has another opportunity to apply for a 30-day extension to pick up the goods, but must explain the reasons for the extension to Customs. Therefore, with the cooperation of the consignee, the goods usually do not enter the auction process within 135 days after arrival, although it is difficult to avoid the costs of demurrage and storage incurred during this period.

For long-term detention in the port or no one to pick up the goods, customs will be treated as no owner, the right to auction the goods, the original importer is the first purchaser at this time.

This creates conditions for scammers to cheat the goods.

The fraudster will first register a Turkish empty-headed company, the company will come out of the Chinese exports of goods to the Turkish customs, deliberately delay the time, resulting in the final customs auction, and then buy at a very low price, and then sell at a high price to share the spoils.

In the current situation where the Turkish exchange rate has plummeted and the economy is facing high risks, importers are forced to cost pressure, it is likely to use such loopholes to pit suppliers, so foreign trade bosses, shipments to Turkey, please be sure to pay attention to the security of payments!