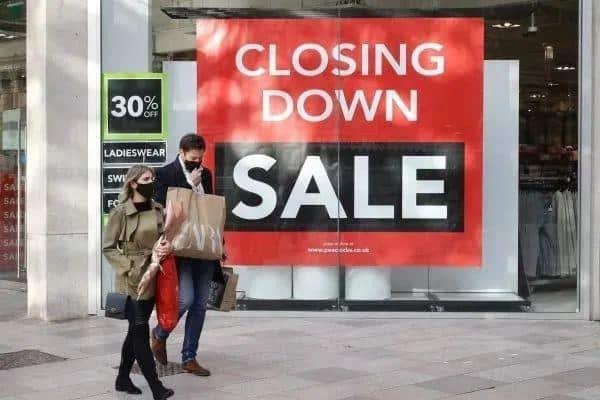 内容 隐藏
1 The expectation of the foreign trade market is gone!France, Germany closure of the city, many cancelled this year’s Christmas market!
2 The Christmas market in Strasbourg, France, and Prague, Czech Republic was cancelled on Tuesday.

After November and normal textile market will usher in foreign trade traditional Christmas season, part of the national Christmas season cancel or hitting hard of textile market, rather than let the market to make matters worse, the day you eat during the National Day in the textile market expectations of winters are responsible for a large number of hoarding raw materials production, and this situation recently experts ruthlessly overturned winters, warm winter again let the market panic.

The expectation of the foreign trade market is gone!France, Germany closure of the city, many cancelled this year’s Christmas market!

In France, 36,000 new cases of COVID-19 were confirmed as of 14:00 local time Wednesday, bringing the total number of confirmed cases to 1235,132, and 244 new deaths in hospitals to 35,785.The number of positive tests in the past seven days continued to rise to 18.6 per cent.The outbreak has rebounded sharply.In a televised address that night, French President Emmanuel Macron acknowledged that France was facing an “abrupt acceleration” as the second wave of the epidemic passed the warning threshold almost across the country.

French President Emmanuel Macron has ordered another nationwide lockdown of the city from December 30, with the city’s closure to be lifted as early as December 1.Private parties will be banned, restaurants, shopping malls and other places will be closed, and France’s external borders to Europe will be closed.

Like most other countries in Europe, Germany is in the midst of a second wave of the epidemic.The total number of confirmed cases in Germany has reached 470,566 and 10,284 people have died.

German Chancellor Angela Merkel announced that from November 2 to the end of November, Germany will implement a number of measures, including shutting down most public facilities, restaurants and entertainment venues and restricting individual travel.Although primary and secondary schools and kindergartens will remain open, the measures have reached the level implemented during the first wave of the epidemic at the beginning of the year, which German media called a “de facto lockdown”.

As the second wave of COVID-19 is sweeping Europe, the Cities of Nuremberg, Frankfurt and Erfurt in Germany, Strasbourg in France and Prague in the Czech Republic have announced that they will cancel Christmas markets this year due to epidemic prevention.

The Christmas market, also known as the Christmas market, originated in Germany and Austria in the late Middle Ages and usually begins in late November and ends on December 24.Meanwhile, the bustling market is decorated like a fairy tale world, romantic and full of human fireworks.People taste traditional food and buy small goods there.

The Christmas market in Nuremberg, Germany’s most famous and largest, has been cancelled, following the cancellation of Christmas markets in Frankfurt and Erfurt, DPA reported Wednesday.The market attracts more than 2 million people a year, including foreign tourists.

On October 23, a store in Cardiff, UK held a clearance sale before closing.

Nuremberg, which initially planned to open a “smaller” Christmas market this year and strictly enforced the quarantine rules, announced Tuesday it would cancel the Christmas market.”This has been a very difficult decision,” Mayor Marcus Koenig said in a statement.The traditional Christmas market belongs to Nuremberg.”

The Christmas market in Strasbourg, France, and Prague, Czech Republic was cancelled on Tuesday.

See the day to have a meal of the domestic trade market difficult: said good winter not to come!Will 2020 still be one of the warmest years on record?

La Nina is expected to be moderate to strong this year and will continue into next year, affecting temperature, precipitation and storm patterns in many parts of the world, the World Meteorological Organization (WMO) said in its latest edition of Global Seasonal Climate Update on October 29.

La Nina refers to a large-scale cooling of ocean surface temperatures in the central and eastern equatorial Pacific Ocean, accompanied by changes in tropical atmospheric circulation (i.e., wind, pressure, and rainfall).Its effects on weather and climate are usually reversed by El Nino.

According to the latest WMO seasonal climate forecast, the sea surface temperature in the tropical Pacific is likely to remain at La Nina levels until the end of 2020 (with a 90 per cent probability) and through to the first quarter of 2021 (with a 55 per cent probability).

The most significant precipitation anomalies associated with the La Nina event in 2020 will occur in the Greater Horn of Africa and Central Asia, where rainfall is below normal, and in Southeast Asia, parts of the Pacific Islands, and northern South America, where rainfall is above normal.

It is important to note that El Nino and La Nina are not the only factors driving global and regional climate development, the WMO said.Each La Nina or El Nino event is different, and their impact on regional climate may vary depending on the time of year and other factors.Therefore, policy makers should always pay attention to the latest seasonal forecasts to obtain the latest information.

Governments can use the La Nina global bulletin to mobilize climate-sensitive sectors such as agriculture, health, water resources and disaster management for planning.At the same time, as its response capacity is affected by the COVID-19 outbreak, wmo is strongly strengthening its support and advice to international humanitarian agencies in an effort to reduce the impact on the most vulnerable populations.

‘El Nino and La Nina are the main natural drivers of the Earth’s climate system, but all the current naturally occurring climate events are taking place against the background of human-induced climate change, exacerbating extreme weather and affecting the water cycle,’ said WMO Secretary-General Talas.

Taras also noted that La Nina typically has a cooling effect on global temperatures, but greenhouse gases trap more than enough heat in the atmosphere to counteract this effect.As a result, 2020 will continue to be one of the warmest years on record, with 2016-2020 expected to be the warmest five years on record.The Current La Nina years are even warmer than previous years of strong El Nino.

Since the beginning of this year, textile enterprises are a bitter tears, production and sales are difficult to level off, high inventory, insufficient funds, how many enterprises have gone out of business.Now approaching the end of the year, the market of weaving enterprises has recovered slightly, but the stock of grey cloth is still at a high level compared with the same period of the previous year.

However, after October, the whole industry chain is very excited, and it is common to hoard a large amount of raw materials. If the demand is still insufficient, textile enterprises will only continue to accumulate inventories. So much inventory, can the market absorb it?Beware of the end of the market again!