Textile factories waiting for foreign trade orders, but the supply chain can not keep up?The boss called it too hard! 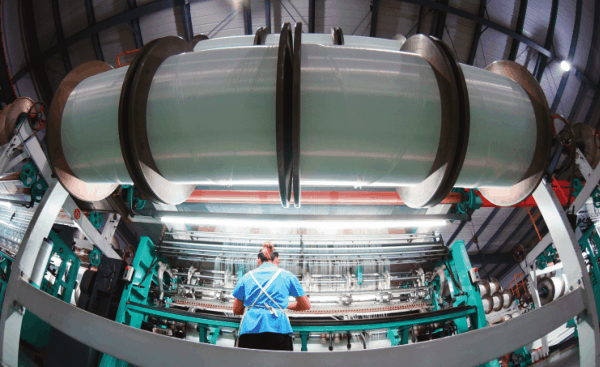 内容 隐藏
1 Orders won’t squeeze into the factory
2 Which link can’t keep up?
3 The more closed our opponents are, the more open we are

Until May, the factory compound was deserted, and Even before that, Ms. Shan had been working alone on the factory floor.After a difficult period, things gradually returned to the original state of the industry.

Compared with last year, the total number of orders on the global market has not increased significantly, but the hot and cold is more uneven.The sudden rush of orders seems to have left the entire supply chain with no time to prepare.Someone is rejecting the order, someone’s order is being rejected.

Orders won’t squeeze into the factory

Shan Fengmei is the head of Zhejiang Tongxing Textile Technology Development Co., LTD. In the past year, 60% of the 5,000 tons of fabrics produced by her factory were purchased by European and American enterprises, and then processed into sofas or other products by other factories for shipment to European and American countries.In the first half of 2020, the proportion fell to 30%.”These orders for indirect exports have come back recently.”Shan fengmei said.

Teng Jinyu, founder of Hangzhou Baihao Cashmere Co., has also been inundated with orders in recent months.”It has been busy since about June.”Teng believes the demand for autumn and winter clothes in Europe and the US will not disappear from the epidemic, but the COVID-19 epidemic in Southeast Asian countries and India shows no sign of improving, so many orders will naturally shift to China.”Orders have obviously increased in the past two months. There are also many new customers. The factory says it is very busy.”Teng Jinyu has an order for cashmere sweaters to be delivered to the end of November. She has asked two factories, but they both refused her because they could not get in.

If Teng Jinyu holds on to the delivery date for such orders, it is very difficult to find a “home” at the right time. However, judging from his experience, orders from factories that cannot find the available time will be postponed for 1-2 weeks.”In the end, really can not complete the order, probably not many.”Teng Jinyu, who has been through waves of Chinese exports, doesn’t worry about the future of orders. In the busiest years of China’s foreign-trade factories, none of them has experienced “working overtime for 30 days a month and working all night to catch up on goods”.

“It was the best of times for foreign trade factories.”Teng jing-yu still misses that state. In his eyes, the current order volume is just the amount that will return after the impact of the epidemic fades away, which is nothing compared with the increment in the early days of reform and opening up.Busy with “Double 11” and autumn and winter two node shipping, he did not have time to calculate the order quantity.All he knows is that orders are up compared to the first half of the year, but they still pale in comparison to the golden age.

Clothing is seasonal and it is not unusual for orders to be crowded together.But this crowding has added to the exceptional circumstances of this year, causing supply chains to start to break.”This year, the domestic sales of clothing do not dare to do a large inventory, production is also scheduled to this season, coupled with the elimination of some inefficient factories at the beginning of the year, the factory’s production lines will indeed be more busy.Among the factories Teng knew were one that made jeans and another that made accessories.

Cong Jianfei, founder of domestic womenswear brand GA for the Seasons, is unaffected by foreign orders because he prioritifies maintaining supply chains.But he is also wary of losing a supplier upstream. As the head of a clothing brand, he spends most of his time looking up the supply chain, at factories and raw materials.”It is very difficult to get ready this year, raw materials may be out of stock at any time.”

Which link can’t keep up?

When communicating with her peers, Shan joked, “In the first half of this year, whoever stocks up will make a fortune.”But no one, including Shan, is so lucky.

In the first half of the year, the absolute price of the chemical fiber industry chain varieties such as PTA, EG and polyester filament staple fiber appeared more than ten years or even the lowest point since history, especially after the negative value of crude oil price, driving the chemical fiber price to a wave of decline.”In April and May, chemical fiber manufacturers had no place to put their inventories, but at that time no one dared to stock up and could not see the market.Ms. Shan said the average price of chemical fibre had fallen from about 11,000 yuan a ton last year to about 5,700 yuan a ton in early April.

In fact, The new Fengming or industry will adhere to the “low inventory operation” do better listed companies.Compared with peers, its inventory turnover rate in 2019 was 21.61 times, far higher than that of hengyi Petrochemical, Tongkun Petrochemical, Rongsheng Petrochemical and other listed companies.The market turned around in just a few months and willing fabric makers couldn’t stock up even if they wanted to.”Every day the production of chemical fiber is robbed downstream, raw material manufacturers have no inventory.”Shan Fengmei revealed.

When raw materials are in short supply, the inevitable consequence is higher prices.Although the increase is modest, Ms. Shan, who is downstream, has seen the cost swing.Chen Keping, a zhejiang trader in Xinjiang province, said cotton prices have risen by 3,000 yuan a ton this month alone because of some order transfers from other countries and poor harvests caused by early snow in the north this year.”Last month it was about 13,000 yuan/ton. This month it’s 16,000 yuan/ton.”

Compared with the third quarter, xinfengming inventory began to decline significantly in the fourth quarter.”There has been a sudden increase in downstream demand recently.”Xinfengming foreign trade director Jiang Weitao said that the recent period of warp knitting products market is very good, too late to do.Ms Shan and her peers have also received orders for knitting warp knitting products, mostly from curtain makers in countries such as Turkey and Poland.Before, curtain uses the knitted fabric with relatively higher price rarely, use shuttle to weave fabrics more however.Ms Shan and others were also at a loss as to why such orders had changed this year.

However, Jiang Weitao explained that although the short – term supply of individual varieties of New Fengming is indeed tight, but in the long – term or will tend to balance.”On the one hand, we will adjust suitable textile varieties according to customers’ demands at any time. On the other hand, new production capacity is also being released.The latest of the new units will go into production in late November and early December.”

As for the shortage of raw materials encountered by downstream enterprises, in Jiang Weitao’s opinion, it should be caused by the insufficient production capacity in a variety of industrial chain, rather than the raw material problem.”Our customers need to process the products before they can be used for weaving, and the more downstream, the more processes.”

This point can also get some confirmation from Shan Fengmei’s mouth.According to her, the production capacity of fabric factories is so large that they would prefer to cooperate with customers with high credit and good payment terms if orders suddenly burst out. Some of the remaining orders may be rejected.

“I’m afraid to take orders that are too big because I’m not sure how much the cost of raw materials will go up.If the raw material price rises after the order is signed, the order may face a loss.””Although there is a lot of production right now, I still can’t make money in the next two months,” said Shan, who is prepared to make no money this year.In the face of a rush of orders, the competition between the industry is also more intense, this price you do not do me do.

The more closed our opponents are, the more open we are

At the moment, the situation is not clear.”According to Teng, this may be the main reason why many companies choose to act conservatively.”For example, there are a lot of orders, but they are afraid to hire people to expand production.”For this round of foreign trade order outbreak, Teng Jinyu also has his own views.If the yuan continues to appreciate and domestic costs continue to rise, he said, it could just be a product of the epidemic.

“A temporary improvement in the situation.”But if reform deepens, the tax and income systems and exchange rates fall to a reasonable range, and the international environment around them flattens, the outcome will look different to him.”We are still very competitive and can seize this opportunity to retain customers.”

Defying the forces of anti-globalisation, China’s exports defied all pressures and rebounded in the third quarter, better than many had expected.In fact, The performance of China’s exports has remained steady since the trade friction between China and the United States began.China’s export can continue to grow, first of all, because China’s industrial chain does have a strong competitiveness.”Exports to the United States this year, for example, in the first half of the international situation is not stable, a big tariffs on Chinese goods in the United States and China in the first quarter of the downturn, factory lockout, the U.S. economy falling sharply in the second quarter, in such a difficult mode, China’s exports to the us in January to August also fell by only 3.6%, which is expected to achieve positive growth this year exports to the us, suggesting that even in the case of tariffs, U.S. importers still choose to buy goods from China, Chinese exporters and American importer to pay the duty cost.

In addition, the advantages of Made in China in epidemic prevention materials also prove that made in China has very strong competitiveness.”

In fact, in the short term, it is impossible for Chinese enterprises to “leap to the sky” in terms of product competitiveness. We still need to buy internationally competitive products to maintain global market competitiveness and share.

By no means should we only use home-made alternatives when we develop them. We still need to keep an open mind, which is not only conducive to stimulating the vitality and competitiveness of enterprises, but also can enhance the comprehensive competitiveness of China’s industrial chain, thus stimulating exports.”The logic of export recovery, industrial chain resilience and domestic substitution does not mean that we close ourselves off, but rather that We provide Chinese companies with the opportunity to compete with the strong.”