Textile Company: Is the market really getting better?Part of the weaving factory grey fabric inventory has already exceeded 100 days! 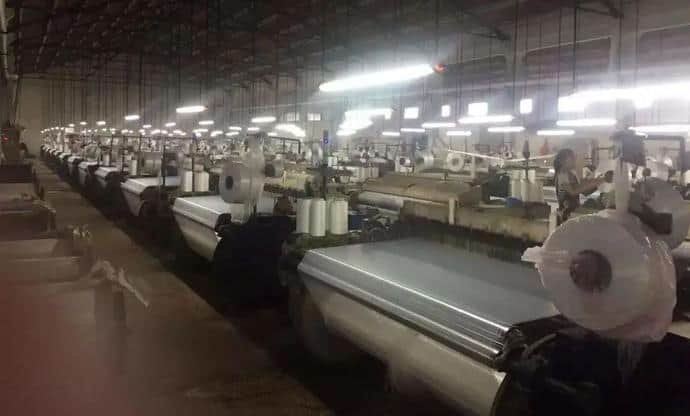 内容 隐藏
1 The stock of grey cloth in some weaving factories has exceeded 100 days!
2 We can’t sell the goods. No one wants the grey cloth in stock
3 When will the demand dilemma return to pre-epidemic levels

For more than half a year, China has been squeezed by both internal and external forces on the road of economic development. With the continuous fermentation of demand-side constraints and cost constraints, major economic indicators such as production, export and investment in China’s textile industry have been slowing down, and the development of the industry has encountered unprecedented difficulties.Although the bottom of the market recovered after the recent outbreak of the epidemic, but in fact the limited improvement and limited hot sales are not comparable to the peak season, the market is still struggling.

The stock of grey cloth in some weaving factories has exceeded 100 days!

Since last year, garment enterprises’ demand for fabrics has been mostly in the mode of “small batch and multi-batch”. However, due to the impact of the epidemic this year, garment enterprises have difficulty in capital turnover and are already in a high stock state. Naturally, they focus on “saving expenses”, and their demand for fabrics has been further reduced.Feedback to the grey fabric market, also seriously affected the weaving enterprise shipping situation.

At present, the market is still in the state of boiling frogs, most of the current situation of enterprises is still tired of inventory, a small number of orders have been shipped.In the “golden nine” this critical point, the market sample seems to increase, but the real implementation is still in the minority.

“Our weaving factory is not big. There are only 30 old water-jet looms, and we only make 190T, 210T and 240T polyester taffeta.This year, due to the bad business caused by the epidemic, the grey cloth in the warehouse has been piled up everywhere. There are more than 1 million meters of stock, which is equivalent to the output of our factory in more than 100 days. Now it is almost impossible to go in by car to load goods.””Said a textile executive.

Because when production stops and income drops, those workers can easily run away.This year, many workers have gone back to their hometown or to other places because of the decrease in income.Their small plant is naturally not attractive in all aspects, it will be very difficult to recruit people.

As the boss mentioned above, the machine won’t stop until it’s too late.And when orders fail, manufacturers often choose to produce some conventional fabrics.In this way, the production capacity of regular grey cloth in the whole market did not decrease. On the contrary, with the arrival of the peak season in September, many factories which had been on holiday due to the high temperature started their production again. In the following days, the social stock of some regular grey cloth was at risk of rising again.

We can’t sell the goods. No one wants the grey cloth in stock

Some people say that the inventory can not be sold, it is not good to sell goods at a low price, but the fact is that the sale of goods is no longer so attractive.”Since the beginning of the year, we have been making a type of 50D*75D color ding. This order is continuous, with no change in color and type. We need to make tens of thousands of meters each month.There is only one textile factory supplying to us. They have a bad business this year and have a large inventory. It is said that each variety has more than 500,000 meters in stock.But we never take stock of the goods we get from him, only the recently knitted ones.””Said a trader.

“As long as the fresh grey cloth” is basically a recent textile market more common practice.According to a person in charge of the weaving factory, their current grey cloth orders, customers are pointed out that as long as take the recent grey cloth.Now this market, can take goods are old customers, are basically in accordance with customer requirements, it is impossible to deceive customers.

Then there is a paradox in the factory. Recent production of grey cloth may not have a meter of stock, but a few months ago, even six months ago, the stock is stacked everywhere.

Of course, such a situation is understandable. On the one hand, it may be because some customers make light colors and are afraid that the fabric in stock is too dirty and broken, which will affect the quality of the finished fabric.Second, I am worried that there are lots of raw materials in stock, and the color of a batch of fabric is easy to have a piece of difference.In addition, it is now a buyer’s market, and customers are entitled to choose the best grey cloth, the cloth just woven must be much better than the stock.

Over time, the fabric on the market, is bound to be some long time no one wanted inventory.Obviously, it is impossible for these fabrics to attract some traders who attach importance to fabric quality, and they can only flow to some cloth dealers or low price and low quality clothing dealers.How many of these buyers are in the market and can continue to eat into grey stock.Obviously rely on these buyers, stock grey cloth is simply not enough to digest, even if the sale of goods at a low price may not be able to sell.

When will the demand dilemma return to pre-epidemic levels

Caught up in the trade war and epidemic situation, the market operating environment is still poor.When it will return to pre-epidemic levels remains an open question.From the perspective of overseas demand environment, the epidemic continues to ferment until now. From the perspective of unemployment rate, overseas countries have made great changes from the early resumption of work affecting epidemic prevention, and the absence of work affecting the economy, to the active recovery of the economy now.The United States, however, has lined up early, saying the economy is more important than preparedness.

During the uncertain period of the epidemic, we started to resume work at the end of the period after we sent the signal of economic recovery in mid-April. The resumption of work combined with large-scale demonstrations and other factors, the epidemic continued to relapse.The unemployment rate jumped from 4.4% to 14.7%, though it has now reversed course and is now back up.And in India and the European Union, unemployment remains stubbornly high.

In the international market, Europe and the United States is the most important foreign trade market in China.The stimulus package, which began in April, has had some success in getting back to work, judging by consumer confidence in Europe and the United States.Unemployment has improved in June since the rush to return to work, and American consumer confidence, though rising, is still lower than usual, not yet at an inflection point but well on its way to recovery.The European Union, in the same way, is still a long way from full recovery.

The shortage of funds in the textile industry is particularly prominent. The large gap of funds and the lack of guarantee for the operation of enterprises are the problems that puzzle the development.The main performance, the national textile industry capital shortage, resulting in the difficult implementation of the plan, lack of money to buy raw materials.

Under the pressure of risk aversion and payment collection, the stock of raw materials fell, and the deterioration of capital status led to the chain default and production decline on the debt.

According to the current situation, the epidemic situation in foreign countries is facing a second outbreak, the business conditions of all garment enterprises are not ideal, and the closure of established enterprises keeps happening, which is a negative factor for the textile market.Polyester, weaving, clothing are in their own “high inventory” state, and the turning point to the warehouse difficult to show, under the combination of negative factors, the market is still uncertain signs of improvement!