Textile and weaving enterprises holiday time on the agenda, printing and dyeing factory orders are full 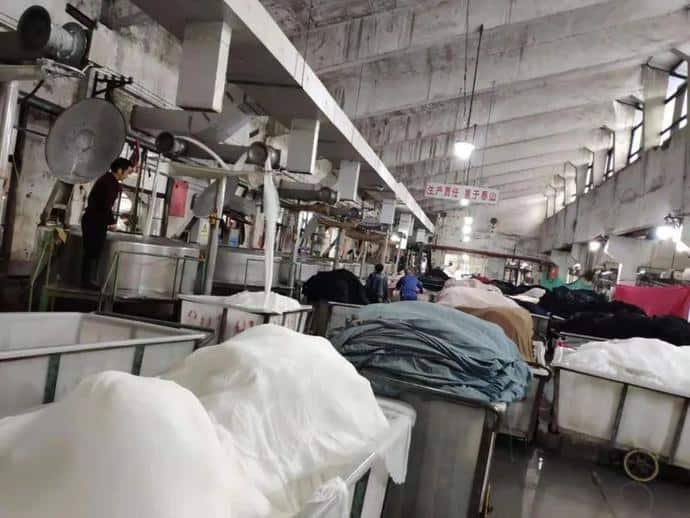 The year 2020 has passed, and the epidemic throughout the year has had a far-reaching impact on our textile industry. In addition to companies that produce COVID-19 related products, most textile companies are struggling in an unprecedented off-season.

Orders fell sharply, down 20% from a year earlier

The decline in orders is very common among textile enterprises this year, especially in the first half of the year when the outbreak of the epidemic in Europe and the United States, all kinds of orders cancelled, delayed news flew everywhere.Textile enterprises in the market have more or less encountered the situation of order reduction, and at the same time have to face a variety of finished products, semi-finished products inventory due to the cancellation of orders.

According to a person in charge of a weaving enterprise, our factory is mainly engaged in some conventional fabrics, such as polyester taffeta, Chunya textiles and other products. Due to the epidemic this year, the number of orders decreased, and the sales volume in the first half of the year decreased by about 60% compared with the same period last year.Another double-sided velvet trader admitted that orders for three containers of double-sided velvet were also delayed at the beginning of the year.

In the second half of the year, foreign trade orders picked up in the interval between the improvement of the epidemic in Europe and the United States, and many enterprises also took the opportunity to undertake orders to balance their losses.However, it is difficult for the textile market to truly recover when the epidemic overseas is getting worse and out of control.

“The annual sales volume of this year is around 30-40 million yuan. The orders in the domestic trade market this year have increased compared with previous years, and the foreign trade orders have shrunk by about 30%, mainly due to the epidemic, which has reduced the demand for foreign trade, but this has been made up in the domestic trade.”A textile enterprise person in charge of the introduction.
Foreign trade orders have been a normal decline, but not all spinning enterprises are able to make up for the annual order gap through domestic trade orders and individual periods of order tide.
“Annual sales of about 2000 tons of raw materials and some fabrics, 20% lower than last year”
“This year’s sales are inconvenient to disclose, but they’re down 20 percent from last year.”
“Sales this year are 10 million yuan, 20 percent less than last year.”…
It seems to be a common phenomenon for textile enterprises that the sales volume drops by 20% year on year in the whole year. Then, when the epidemic situation in Europe and America is out of control again near the end of the year, what is the status of textile enterprises?

Holiday on the agenda, with money to take delivery of goods officially began

“The opening rate is 6-80 percent. Now orders can be placed in the middle of next month.”…

The Spring Festival falls on February 12 this year, but most of the orders of spinning enterprises can only be maintained until January 10-20 or so.Before the end of orders, naturally there is no need to continue production, so many enterprises also began to put the Spring Festival holiday on the agenda.Due to the approaching of the holiday, it is of little significance for weaving enterprises to reduce the opening rate again, so it is better to start stocking up to avoid the increase of raw material price after the New Year.
In addition, the payment collection work at the end of each year comes earlier than usual because of the special situation this year.The delivery of goods with money has been in the weaving factory, dyeing factory more than half a month in advance, the initiative to ask customers for payment is also synchronized.
But compared with the manufacturing end of the order, printing and dyeing market in the recent state of the overall performance is better.

Dyeing factory orders are out of stock, pressure card everywhere

The printing and dyeing market at the end of the year is always full of various uncertain factors under the influence of order volume, environmental protection, holiday and other factors, and this year’s situation is the same, but also more important impact of the epidemic.

“Shengze has received a lot of orders recently.Now most people need to press the card, 7-8 days is normal.”

“Recently I heard that the dyeing factory has a long delivery time, so I can hardly ship the goods until the holiday.”…

The condition of the dyeing factory is somewhat different from that of the weaving market. Such a good situation does not seem to be what it should be under the recent epidemic situation in Europe and America.Dyeing factory’s hot situation is precisely the product of multiple factors.

Power cuts began in Zhejiang province in mid-December, and the printing and dyeing industry in Shaoxing has been suspended for three days due to environmental concerns.The printing and dyeing market in Zhejiang province has been affected to a certain extent by the suspension of production, and a large number of orders waiting for shipment at the end of the year need to be produced.Therefore, some orders are transferred to Shengze, an important textile production base in the world, and the printing and dyeing factory in Shengze will naturally undertake a large number of transferred orders.

The epidemic has worsened in Europe and the United States, and some European countries and regions have again closed their cities.It was in this environment at the beginning of the year that the textile market welcomed a variety of cancellations. Will the European and American markets cancel orders again in the near future?Probability is very big, textile business has to defend.The only way to kill cancellations quickly is to ship them quickly.So a large number of orders gathered, waiting for the shipment of the dyeing factory also added to the busy scene.

According to the time of the Spring Festival this year, the printing and dyeing factory should have a holiday around January 30.However, it is widely rumored in the early market that the textile industry will take a holiday much earlier to avoid the risk of increasing the epidemic.Therefore, it is possible for the textile market to have a holiday in advance this year. In order to ensure that the orders can be completed in time before the end of the year, textile enterprises can only enter the dyeing factory for production in advance accordingly. In the same period, the number of dyeing factory orders has increased.

This year’s textile market under the pressure of the epidemic overall unsatisfactory performance, textile market focus on the epidemic.Although the recent vaccine good news continues to come out, but textile enterprises are still not optimistic about the market in the first half of next year.Many textile people feel that the second half of the year, the market may usher in a real turnaround.