RCEP will soon take effect, textile and apparel enterprises need to pay attention to these contents! 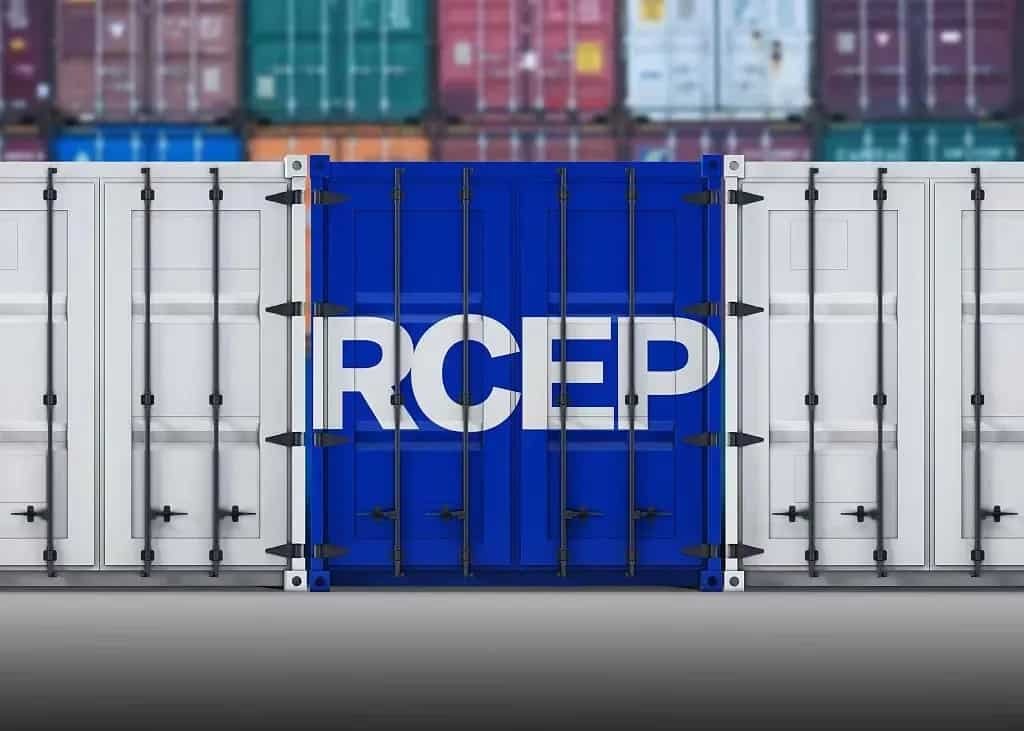 On November 2, the ASEAN Secretariat, the custodian of the Regional Comprehensive Economic Partnership Agreement (RCEP), issued a notice announcing that six ASEAN member countries, including Brunei, Cambodia, Laos, Singapore, Thailand and Vietnam, and four non-ASEAN member countries, including China, Japan, New Zealand, and Australia, have formally submitted their instruments of approval to the ASEAN Secretary-General to reach the threshold for the entry into force of the agreement. According to the agreement, RCEP will enter into force for the above ten countries on January 1, 2022.

In fact, as early as March 22 this year, China completed the approval of the RCEP agreement and became the first country to ratify the agreement.

It is reported that after the RCEP comes into effect, it will eliminate 91% of tariffs on trade in goods between member countries, regulate trade activities such as investment standards, intellectual property protection, and e-commerce, and will promote the optimization of supply chains within the FTA. At a critical moment when the world is facing the rise of unilateralism and protectionism, the signing and entry into force of the RCEP agreement have injected new vitality into free trade and multilateralism.

For China’s textile industry, RCEP will have a more profound positive impact on the industry’s expansion of foreign trade and the deepening of supply chain cooperation in the regional industry chain.

RCEP members are all important economic and trade partners of China, according to the Ministry of Commerce data show that from January to September 2020, China’s total trade with other RCEP members amounted to 1,055 billion U.S. dollars, accounting for about one-third of China’s total foreign trade.

On the export side, ASEAN and Japan are the third and fourth-largest export markets for our industry after the EU and the United States, with a combined export share of more than about 20% of China’s total annual exports of textiles and garments; South Korea and Australia, as important global consumer markets for textiles and garments, have more than sufficient purchasing power and are also important destinations for the industry’s end-product exports. Imports, China’s annual imports of textiles and garments from ASEAN more than $ 7 billion, accounting for about 30% of the industry’s annual imports, ASEAN has become China’s largest source of imported textiles and garments. For example, China imports a large amount of cotton yarn and garments from Vietnam, and cotton knitted garments from Cambodia. Meanwhile, Japan and South Korea are also important import sources of functional fabrics, textile garments made of chemical fibers, textile dyes, etc. for China. In addition, Australia and New Zealand also provide China with a large amount of high-quality wool and other textile raw materials.

In addition, through the connection of this agreement, China and Japan, which previously did not have a bilateral trade mechanism, will have further development in their economic and trade relations. The original import tax rate of 5% to 8% on major products imported by China from Japan will basically be reduced to zero in phases over 11, 16, or 21 years. For example, China’s imports from Japan’s shuttleless air-jet looms, flat weft knitting machines, and other spinning machine products, the original 8% tax rate will be reduced to zero within 11 or 16 years after the RCEP comes into effect, which will help the industry to accelerate industrial innovation and upgrade and improve production efficiency.

The bilateral FTA between China and South Korea took effect on December 20, 2015, and the concession rules have been implemented for six years, with most textile and apparel products already enjoying tariff reductions and exemptions. The signing of the RCEP has a little overall impact on the existing textile and apparel trade tariffs between the two countries, but there are still some export products with the best tariffs under the RCEP rules. For example, after the implementation of RCEP, China’s chemical fiber knitwear, men’s and women’s down jackets, women’s jeans, men’s cotton shirts, and other products tax rate will be cut in half on the base rate, down to 6.5%, RCEP will also reduce the cost of China’s imports of iron ore, rubber, PX and other goods, which will help improve the competitiveness of the relevant industrial chain in the long run.

It can be said that the conclusion of RCEP will help expand China’s export market space, meet China’s import and consumption needs, strengthen the regional industrial chain supply chain, help stabilize foreign trade and foreign investment, and provide effective support for the formation of a new development pattern with a large domestic cycle as the mainstay and a dual domestic and international cycle to promote each other.

2.Under the RCEP mechanism, China’s textile industry faces both opportunities and challenges

Of course, RCEP is not only good for China’s textile and garment exports but will also benefit ASEAN countries such as Vietnam. For example, Vietnam now produces garments for export to China, to pay tariffs, if after joining the FTA, the regional value chain will come into play. And in fact, all enterprises in the region can participate in the value accumulation of origin, which is very beneficial to promote mutual trade and investment in the region.

RCEP rules of origin accumulation are more conducive to enterprises to obtain benefits, the biggest achievement in the field of trade in goods of RCEP is the provision of intra-regional rules of origin accumulation. Under the rules of origin of most bilateral FTAs around the world, goods entering from country A to another FTA partner country B need to meet the value-added standards or production requirements in country A and be considered as goods of country A origin in order to enjoy preferential tariffs in country B. RCEP regional accumulation rules mean that goods from country A into another free trade partner B, you can use the intermediate goods of multiple parties in the agreement to meet the required value-added standards or production requirements, so that country A can enjoy the threshold of zero tariffs in country B. RCEP such a wide range of regional origin accumulation systems will make it easier for enterprises to obtain preferential tariffs. At the same time, it will have an impact on enterprises’ procurement of raw materials and components, industrial chain layout, and foreign investment decisions. After RCEP comes into effect in the future, when enterprises import and export products that are included in the tariff reduction table and meet the origin criteria, they should actively apply for the issuance of certificates of origin in order to enjoy tariff preferences and customs clearance convenience in a timely manner and enhance the competitiveness of products in the international market.

Undoubtedly, RCEP will also play a role in promoting the transformation and upgrading of domestic textile enterprises and industries. However, it should be noted that after the signing of RCEP, it means that China’s textile and apparel industry and East and Southeast Asia will be more closely connected together, domestic enterprises will be integrated into a larger market, and the flow of resources, technology, and talent within the region will be accelerated. These countries will rely on resources and price advantages to increase the degree of market share within the RCEP region, if China’s textile and apparel industry is still not too high-end, high-value-added direction, the effect will do more harm than good. At the same time, with the decline in tariffs on some imported products, China’s domestic market will face more intense competition, which will also force Chinese domestic enterprises in the competition to accelerate the transformation and upgrading, improve product quality and add value.

Undoubtedly, through the RCEP, market access in the areas of goods, services, and investment among member countries will be further relaxed, customs procedures and technical standards will be gradually unified, and through the adoption of regional cumulative rules of origin, it will promote the free flow of economic factors in the region, strengthen the division of labor and cooperation among members, pull the expansion and upgrading of the regional consumer market, and promote the further development of the industrial chain, supply chain and value chain in the region.