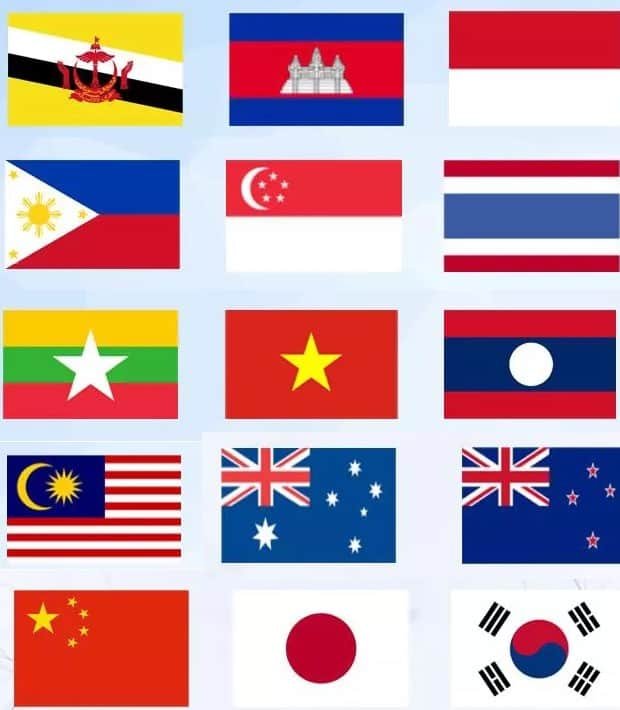 The RCEP leaders’ meeting was held by video on 15 November.In the presence of the leaders of the 15 countries, the trade ministers signed the RCEP agreement.As members of the largest population in the world to participate in, the most diverse structure, development potential is the largest free trade area, it is not just a regional cooperation in east Asia is extremely iconic meaning results,, the victory of multilateralism and free trade will add something new to promote regional development and prosperity of the kinetic energy, new power achieve restorative growth for the world economy.

It is reported that RCEP negotiations were officially launched in November 2012, covering more than 10 areas including smes, investment, economic and technological cooperation, and trade in goods and services.After three leaders’ meetings, 19 ministerial meetings and 28 rounds of formal negotiations, major progress has been made in RCEP negotiations in 2019.The signing of the RCEP after eight years of negotiations has given people light and hope amid the gloom.India has temporarily stayed out of the agreement because “important issues have not been resolved”.

In 2019, the 15 RCEP member countries have a total population of 2.27 billion, A GDP of 26 trillion US dollars and a total export volume of 5.2 trillion US dollars, accounting for about 30% of the global total.The establishment of the RCEP FTA means that about one-third of the global economy will become an integrated market.The RCEP, which includes major countries in East Asia, will inject strong impetus into regional and global economic growth.

What does the conclusion of the Regional Comprehensive Economic Partnership, or RCEP, mean for global trade liberalization?

The RCEP negotiation builds on the previous “10+3” cooperation and further expands its scope to “10+5”.China has already established a free trade area with the ten ASEAN countries, and the free trade area has covered over 90 percent of tax items on both sides with zero tariff.

There is no doubt that the RCEP negotiations will make greater strides in lowering tariff barriers. In the future, 95% or even more products under the tariff category will be included in the zero-tariff scope.The market space will also be larger, for foreign trade enterprises is a major policy positive.

Statistics show that in the first three quarters of this year, trade volume between China and ASEAN reached us $481.81 billion, up 5% year on year. Asean has historically become China’s largest trading partner, and China’s investment in ASEAN has increased 76.6% year on year.

From January to September 2020, China’s total trade with other RCEP members reached US $1,055 billion, accounting for about one third of China’s total foreign trade.

In addition, through the connection of this agreement, China and Japan, which did not have bilateral trade mechanism before, will have further development in economic and trade relations.China’s total trade coverage with its free trade partners will increase from the current 27% to 35%.

The formation of a unified free trade zone in the region will help the region to form supply chains and value chains according to its comparative advantages, and the flow of goods, technology, services and capital, including the cross-border flow of people, will be of great benefit, forming a “trade creation” effect.

If more than 90 percent of the RCEP products are gradually exempted from tariffs after the RCEP is signed, it will greatly boost the economic vitality of more than a dozen members, including China.In addition, the CONCRETE actions taken by the RCEP to support trade and investment liberalization and facilitation will boost confidence in the global economy, help shape positive expectations for the global economy, and drive the recovery of the global economy after the epidemic.

Impact on the textile and garment industry

The signing of RCEP will reduce the cost of importing iron ore, rubber, PX and other commodities to China, which will help improve the competitiveness of relevant industrial chains in the long run.

At the same time, the RCEP will help expand China’s export market, meet the needs of domestic import and consumption, strengthen regional industrial and supply chains, help stabilize foreign trade and foreign investment, and provide effective support for the formation of a new pattern of development in which domestic and international cycles play a dominant role and both domestic and international cycles reinforce each other.

Take garment making as an example, the import of garments from outside the region shall be subject to a certain tariff, and the tariff cost is ultimately Shared among consumers.That will change when the agreement is signed.Australian wool can be duty-free access to the Chinese, have woven fabric in China after may be exported to Vietnam, Vietnam with again after the cloth clothing exports to South Korea, Japan, China and other countries, might be duty-free, thus promotes the development of the local textile and garment industry, solve the employment, on exports is also very good.

In this process, due to the tariff advantages of the agreement, the cost of garment production and transportation has been greatly reduced, which will not only bring employment to countries in the region, but also bring more benefits to businesses and consumers.

Of course, it also benefits other member states.For example, Vietnam now has to pay tariffs on its garments when exporting to China. If it joins the FTA, the regional value chain will play a role.In fact, all enterprises in the region can participate in the accumulation of the value of the place of origin, which is of great benefit to the promotion of mutual trade and investment within the region.