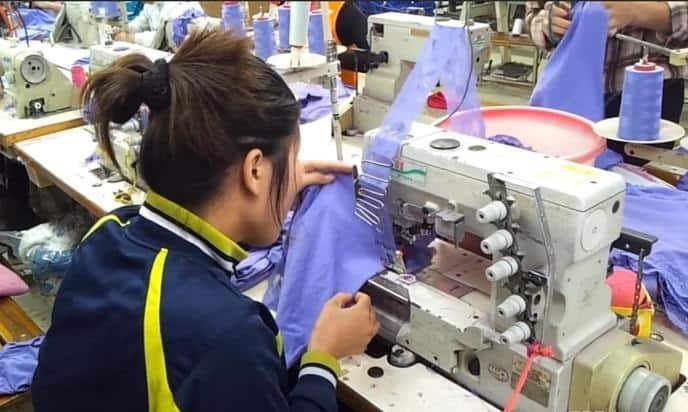 In recent times, the shutdown of factories in Vietnam has cost multinational giants a lot of money, with Nike alone losing 180 million pairs of shoes. With Vietnam’s decision to go to work “sick”, Nike, Apple, and other American giants finally breathed a sigh of relief. However, it was not expected that the Vietnamese production chain would let them down again.

A prolonged work stoppage has sent millions of workers fleeing factories to return home, according to the latest news on Oct. 11. According to Vietnamese estimates, despite the official provision of transportation facilities for the return trip and the increase of wages and benefits by factories, these measures have had little effect and over 2 million people are still either unwilling to return to work due to the approaching Chinese New Year and the possibility of facing another work stoppage at any time.

Take the world’s largest athletic shoemaker, Baocheng Group, the company announced on October 6 that it was back to work in Vietnam, but over 40,000 workers did not return to work and the return rate was no more than 30%. The shortage of labor makes the target of Baocheng Group to return to 100% normal by mid-November an empty talk.

In Vietnam to resume work under a lot of obstacles, there are even rumors that Nike has begun to withdraw from Vietnam. Since Nike does not have a production base in Vietnam and relies on local OEMs for OEM production, if the US company really decides to withdraw from Vietnam, it means that 50% of its production orders will be transferred to other countries. However, officials from the Vietnamese Ministry of Industry and Trade have denied the authenticity of this news.

Although Nike only temporarily transferred some orders, the Vietnam Leather – Footwear – Handbag Association estimates that, together with the negotiation, signing contracts, and other procedures, local enterprises to get back all the lost orders need at least 6 months of time. To know, previously due to the delay in the successful resumption of production, a large number of enterprises from Vietnam to withdraw orders have increased from 20% has increased to 40-50%.

The months-long work stoppage and production shutdown not only let more than 80 U.S. companies’ production be hit, but Vietnamese companies also lost a lot. Official statistics show that from January to September this year, the total number of enterprises in the country declaring closure and bankruptcy reached 90,000. Important people in Vietnam also had to admit that this year the country will not be able to achieve the 6% economic growth target or even only achieve 50% of the original plan.