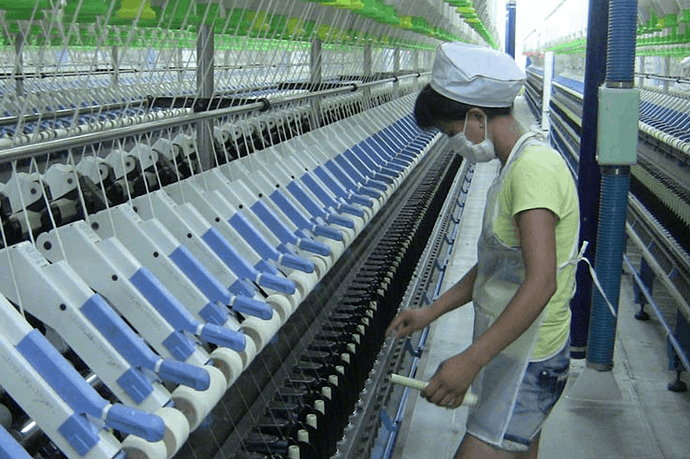 Last year was hard and difficult. Hence, expectations for a better year are even higher. But we are delighted to relay that many textile owners have already received orders for gray cloth alone.

“We recently received a foreign trade order for 100,000m 50D stretch satin chiffon from Indonesia. They reissued, and the price has gone up by 20 cents since,” the boss said.

“Customers start asking on the fifth and sixth day of the year. The demand is strong. And they expect the orders soon. These fabrics are all for spring and summer,” said a loom owner with 200 looms.

“I was just playing cards at home when I got a call from a client who wanted to order 200,000m of gray cloth.
Our factory will not start operation until the tenth day of the first lunar year.
But, the customer placed an order early.
An order of four to five hundred thousand meters of spring and summer fabric.”
This according to a textile owner specializing in rayon.

If you look at what happened last year, it wasn’t easy to get orders after construction started.
Not to mention that some customers want to place orders during the Lunar New Year.
This year, however, it is no surprise that customers are eager to place orders.
They expected that something similar would have happened a few years ago.

Now, after a year, they will deliver orders in May. Customers are placing orders for gray cloth en masse and in large numbers. One textile owner reported. Not only did they report the situation, but several others said it would be one to two months before they could implement the order.

The customer placed the order for gray cloth earlier this year because it was already mid-to-late February, after the Lunar New Year. And it was less than ten days away from the traditional “golden three treasures.”
This period was originally the peak season for spring and summer fabric sales.

Generally speaking, customers make advance orders.
It is completely normal to place an order within 1-2 weeks.
It takes time from placing an order to delivering goods. And the whole process could range from a few days to more than half a month.
If you overlook the time, you miss the best moment to make a sale. Hence, you also miss an opportunity.

In addition, due to the popularity of gray cloth last year, the demand for spring and summer fabrics in the textile market will increase greatly this year.
The customers who place orders now are just due to a lot of market conditions.
By the time the gold arrives, more orders will be lost.

Even many bosses wonder if this year’s “gold” is ahead of schedule.
I wonder what you think of this wave of orders coming back after the holidays?