Italian down jacket brand MooRER is expected to boost sales in the U.S. and China by 21% this year 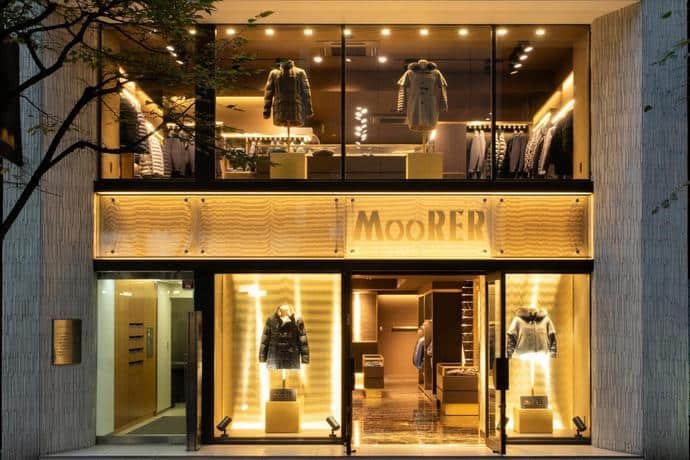 By improving its online services and investing in e-commerce, Italian down wear brand MooRER is accelerating its digital transformation to meet the challenges posed by the uncertain market.In addition to digitization, the company is also focusing on strengthening its retail business, with an eye to China and the United States.

In the US, the brand has focused on wholesale channels, continued to consolidate its physical distribution network and is considering opening a boutique in New York once the blockade ends.For the rapidly recovering Chinese market, MooRER plans a two-year expansion project in the same way.

According to the company’s expansion plan, MooRER will also open a series of new stores in Europe and other overseas regions, aiming to achieve business growth and enhance brand awareness.The plan, which was in place before the outbreak, was delayed until 2021.MooRER has just entered the UK market, opening a counter in Harrods and will soon have new stores in Munich, Moscow and Osaka.In Japan, MooRER’s e-commerce business is also strong, accounting for 45% of sales.

Faccincani said the company will also make a major investment in digital networks, with the goal of achieving more significant growth in the next year.E-commerce now accounts for about 6% of turnover and the company aims to increase that to 15-20% within two years.Retail and wholesale businesses still account for the bulk of turnover, which is expected to grow 20.7 per cent this year over 2019.

With the further expansion of the brand, Moorer will soon enter the perfume field with the launch of its first high-end perfume line, which is sold only through the Moorer store and selected wholesalers worldwide. It contains three unisexuals, one for men and one for women.

MooRER in 2006 by Moreno Faccincani founded, based in Italy verona, its star product such as jeans series, insulation series and pure goose down series is favored by many consumers, through the global more than 1000 brand boutiques, as well as its four retail flagship store sales to many countries and regions, such as Italy, the United States, Japan, Russia, etc.In 2019, Borletti Group, a London-based private equity fund, announced the acquisition of a 25% stake in the MooRER brand.