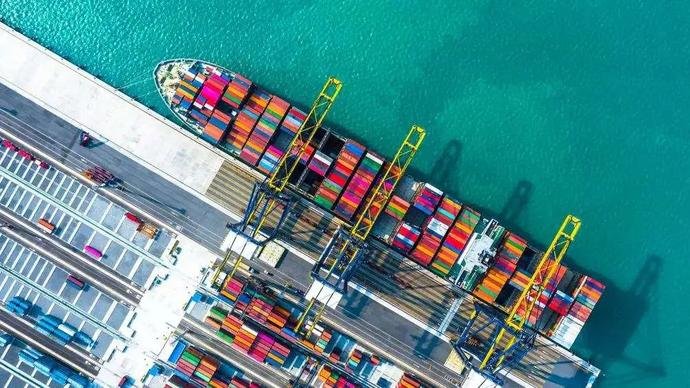 China’s imports and exports of goods hit a record high

In the past year, world economic growth and global trade suffered severe shocks. Despite the challenging and complex external environment, China’s overall foreign trade recovered rapidly. They continued to improve, with their import and export significantly better than expected. They have demonstrated strong resilience and comprehensive competitiveness. In 2020, China’s import and export of goods reached a record high of 32.2 trillion yuan. Its total export value of 17.9 trillion yuan. China’s international market share also reached a record high, making it the only major economy in the world to achieve positive growth in trade in goods.

COVID – 19 epidemic cause the global outbreak. There was a surge in demand for epidemic materials in Europe, the United States, and other developed economies. China’s first comprehensive resume work and production. They play the important role of being the largest supplier of disease-resistant materials. They do their best to offer more than 200 countries and regions globally by exporting quarantine materials. These materials include masks, which become essential support in industry export trade of textiles. According to customs statistics, from March 2020 to the end of the year, China’s customs inspected and exported 438.5 billion yuan worth of primary epidemic prevention and control materials. Among these are 224.2 billion face masks that were exported, amounting to 340 billion yuan.

The international terminal weak consumer demand in market results in the garment industry being under pressure. Since August, as the major developed economies overseas consumption market demand continues to improve, it restores the monthly growth Chinese clothing exports for the first time in years. At the same time, the domestic textile industry is relatively stable industry chain , supply chain also attracted some overseas orders.

From September to November 2020, the growth rate of garment export remained above 6% for three consecutive months. At the end of 2020, the epidemic in Europe and the United States rebounded and intensified again. And many countries re-adopted strict prevention and control measures. The consumption in the retail market was frustrated. In December, China’s garment export was 13.91 billion US dollars. It was up 2.8% year-on-year (down 3.6% year-on-year in RMB terms). However, it was down 4.1 percentage points compared with the previous month’s growth.

✓ The US Department of Commerce’s Textile and Apparel Office releases data. The data shows US import of Chinese textile and apparel from January to November 2020 is USD 44.09 billion. It was up 9.2% year on year. As a result, there was a 5.1 percentage point increase in China’s share in the US import market to 39.6% compared to 2019. Textiles accounted for 56.1 percent of the total, up from 43.7 percent in 2019.

✓ While data from Eurostat shows that China’s export of textiles and garments to EU in the first three quarters of 2020 is 20.22 billion euros, up by 45.7% year on year. China accounted for 44.8 percent of the EU textile and garment import market, up 12.2 percentage points over the previous year. Among them, the share of textiles rose to 65.8 percent, while the share of clothing rose 4.4 percentage points to 35.5 percent.

✓ According to Japanese customs statistics, from January to November 2020, China’s import of textile and garment products from the world takes up 58.6%, 3.2 percentage points higher than last year. Of this, textiles accounted for 68.6 percent, up from 53.5 percent in 2019.