How much money is made in Africa selling Chinese second-hand clothes? Earn $35,000 a day, the profits are so big that it is scary 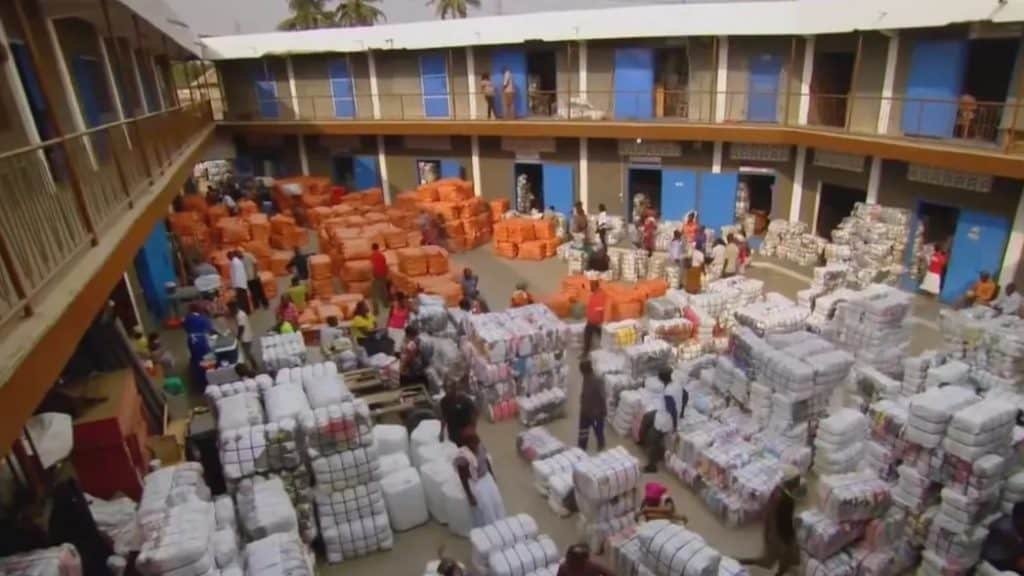 With millions of tons of used clothing flooding into Africa every year.

which brings an unprecedented boom to the local market.

This is a scene from a hot market in Ghana, Africa.

And the goods that are being desperately fought over

It’s the same old clothes that most of us throw away.

This garbage comes from China, the United States, Britain, and other large countries.

After being packaged and shipped in large quantities to Africa.

The people of Africa are looking for a commodity.

The code of wealth is in the hands of traders.

Today will take you to Ghana.

Come and see how these treasures, which we have forgotten

How to conquer the African market.

The largest exporters of these

is the existing old developed countries in Europe and the United States.

China still belongs to the newcomer who is catching up behind.

90% of second-hand clothes are absorbed by Africa.

I believe this point is not difficult to guess.

But few people are aware of these old clothes and pants.

Through what channels are these old clothes and trousers shipped to Africa?

The answer is the used clothes recycling bins that we can often see around us.

In fact, the old clothes that we put in

will be handed over to the poor people in China.

More will be sold to specialized recycling companies.

The rest is sold to specialized recycling companies and then transferred to Africa by export trading companies.

With millions of tons of used clothing flooding into Africa every year.

which brings an unprecedented boom to the local market.

In the capital of Ghana, Africa.

dozens of heavy trucks pull imported goods to the market.

The largest amount of used clothing is imported into the market.

As a result, the warehouses here are always full.

Even the square is full of piles of parcels.

There is a constant stream of people coming to trade.

The last batch of parcels was just bought away.

The next batch of parcels came in.

For the Ghanaian importers, these piles of business are large and profitable.

They never have to worry about the sale of these used clothes.

There are lines of people outside the warehouses to buy them.

At the best of times

As the saying goes, the proximity to the water is the best.

Traders located in the capital usually have access to the best sources of goods.

They select the best quality and branded clothes and

They selected the best quality and branded clothes and put them on the market.

The clothes of the big brands are considered to be the first class.

The price of each piece can be hundreds.

The price of each piece is about 50.

Loose and fat American clothes are considered a third class.

The price of each piece is only about $10.

The three categories correspond to different groups of people in Ghana.

They are the loyal buyers of first-class goods.

They need a lot of brand names to satisfy their vanity and consolidate their position in the social circle.

The poor at the bottom buy second-and third-class clothes.

Ghanaians are very receptive to these second-hand clothes.

Second-hand underwear is also popular in the market.

This is despite the fact that it has been banned by the Ghanaian government because of its tendency to spread various diseases.

However, there is a strong demand for brand-name clothing.

A mix of old and new underwear is also sold on the stalls.

More second-hand clothes are going from the capital to the second-tier city of Kumasi.

More second-hand clothes will flow from the capital to the small and medium-sized cities.

Thousands of second-hand wholesalers, who

Then pass them on to local retailers.

Each bundle costs about $60.

The vendors usually buy a few bundles to sell at the market.

The difference is that the vendors don’t have the right to pick and choose.

They can’t open the bundles to see them.

Whether the contents of the package are good or bad.

The money earned is more or less.

It all depends on the experience and luck of the individual.

So the atmosphere here is usually tense.

Vendors will often fight over a package.

Like the emotionally charged woman in red in front of her.

She suspects that her package has been switched.

At this moment is arguing with the wholesaler.

Asking for a new one.

But the wholesaler has seen too many of these things.

Everyone is not willing to choose bad goods.

But it is absolutely impossible to return or exchange.

There is never a shortage of buyers for these second-hand clothes and pants.

In the early hours of the morning.

It’s not even dawn yet.

The market is already a hot scene.

The stalls are cluttered with second-hand clothes.

Almost all the space is taken up.

The local people call this “bending down to choose their own stall”.

All goods are selected by the customers themselves.

Can choose what good goods depends on their own eyesight.

So there is only one shoe on the stall.

When the customer has chosen the shoe of his choice

The hawkers will only find the other one from the pocket.

This is an effective way to prevent the theft of shoes.

Kumasi is the largest distribution center in East Africa.

The gatherings here often last for long periods of time.

The huge number of stalls stretches for kilometers.

Twenty years ago second-hand clothing was a supporting player in the market.

But today, second-hand clothing dominates all the stalls.

They have penetrated into the field of all styles of clothing.

There are not only wedding dresses.

There are not only western wedding dresses, but also down jackets, which are worn only in colder regions.

The old and badly damaged clothes and pants

They cut, wash, iron, and dye them again.

Then as new clothes to sell on the market.

The profit is also very substantial.

And at the very edge of the market.

Here the second-hand clothes are picked up and leftover.

The lowest quality and the least valuable.

But there are smart people here to find a new business opportunity.

Her clothes are 8 times more expensive than others.

The woman buys selected packages from the upper level at a low price.

Then she takes them to the market and sells them on the spot.

And her customers are the next level of wholesalers who come to grab the goods.

Rural merchants are the last link in the chain.

It is also the hardest part of the chain.

They have to carry more than ten kilograms of clothes every day.

They have to hike dozens of kilometers

in each village to sell.

Although the villagers here earn less than $1.50 a day.

But they are still very interested in these second-hand clothes.

Many times they have to borrow money to buy clothes.

not everyone likes these second-hand clothes, the

With the influx of second-hand clothing, there is now only one traditional fabric factory left in Ghana.

Today there is only one traditional fabric factory left in all of Ghana.

and production has fallen by 75 percent.

But what’s surprising is that

The owner of the fabric factory believes that

The biggest competitor is not second-hand clothing.

Because there is no obvious difference in appearance and quality.

And counterfeit goods are always much cheaper.

He said frankly that if the situation continues like this

The last fabric factory will close down sooner or later.

In the end, it is the garment factories that produce things that

The current needs of the Ghanaian people are not matched.

They are unable to produce satisfactory products. 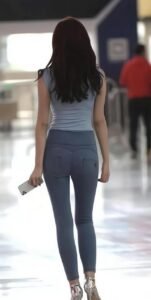