As Fashion Giants Leave China En Masse, A Mysterious Chinese Company Is Becoming More Popular Than Amazon Now And Taking Over By Storm 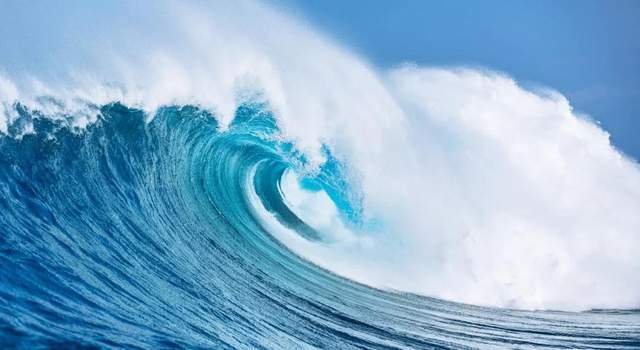 内容 隐藏
1 Some previously popular fast-fashion giants are having their darkest hour in China.
2 The question now is, why are fast fashion giant brands leaving in groups?
3 In other words, young people in first – and second-tier cities have the purchasing power. But they are gradually leaving fast fashion brands.
4 At the same time, “ultra-fast fashion” from China, represented by Shein, has come out strongly.

Some previously popular fast-fashion giants are having their darkest hour in China.

Forever 21, a major fast-fashion brand, announced its withdrawal from China in 2018. And since then, fast fashion giants have been losing ground. Opshop, New Look, and other brands have withdrawn from the Chinese market one after another. The epidemic outbreak has hastened the withdrawal of more brands.

Inditex’s Bershka, Pull&Bear, and Stradivarius brands will close all of their physical stores in China. The company, in a statement, said, “with an expectation that they will be able to complete it by mid-2021.”

The question now is, why are fast fashion giant brands leaving in groups?

Inditex has its own answer. Their response was, “Based on our continuous analysis of the needs of Chinese consumers, Inditex’s young brands will focus on strengthening their e-commerce development.”

Inditex believes that young Chinese are more likely to shop online. They prefer it over going to bricks-and-mortar stores as they did before.

This is, of course, one of the main reasons. Besides, online stores do not worry about rent. Plus, promotions have a bigger reach.
This suits young people who are looking for a cheap, convenient way of shopping. And it is only natural that their main source has shifted online.

However, affordability may not be the main cause. As young people in first – and second-tier cities may not be short of money.
According to global business consultancy OC&C, Generation Z, or those born between 1995 and 2009 in China, spend more than $7,000 a year on luxury goods. This accounts for 15 percent of total household spending, well ahead of the U.S. and U.K., which spend only 4 percent.

In other words, young people in first – and second-tier cities have the purchasing power. But they are gradually leaving fast fashion brands.

It’s not just international brands. Local brands are also taking a hit.
La Chapelle used to be the first women’s clothing brand in China, known as the Chinese version of ZARA. However, in recent years, the market value of La Chapelle has evaporated 10 billion yuan. They have closed 4,391 stores. As their subsidiaries have gone bankrupt one after another, this crisis places the whole brand in a life-and-death situation.

In reply, an industry insider with the last name Chen, who has worked for both H&M and Zara, said that young Chinese are experiencing a consumption upgrade. Compared with the post-80s generation, the post-90s and post-95s, today’s young generation have a more individualized aesthetic taste.

“The downside of Gap and Old Navy is that they don’t have a design edge,” he says. “They’re American casual.
But too casual. All the jeans are straight, not even a cropped pants. And all the shirts are plaid.
The American brand AA, which has also withdrawn from China, focuses on the European beach style. Its products are not competitive in the current aesthetic sense.”

When fast fashion giants become dull, the clothing industry needs to change and adapt.
In the two hours before the final payment day, “snow pear Customized by Madame Qian” quietly reached first place on the list of women’s and women’s boutiques. The transaction index was far higher than Uniqlo, which has always been the leader in women’s clothing on Singles Day.

At the same time, “ultra-fast fashion” from China, represented by Shein, has come out strongly.

With proper product strategy, web celebrity endorsement, and a strong supply chain, SHEIN has entered the European and American markets.
In 2018, 30 percent of Shein’s sales came from the United States. Twenty percent from Europe and 20 percent from the Middle East, according to a dollar fund investor.

Crucially, Shein updates its catalog at a phenomenal rate.
According to media reports, they have been selling 600 new styles of clothing for $12 every day. In 2019 alone, they sold 50,000 new styles. One American college student said that he considers himself an addict for buying from SHEIN.
In the Middle East, at its height, Shein was selling as much in a day as all the other Middle Eastern cross-border e-commerce businesses combined.

Today, Shein is valued at more than $15 billion and has been dubbed the “Amazon Challenger” by the media because of its foreign trade business.