Do you know all the common fabric finishing processes? 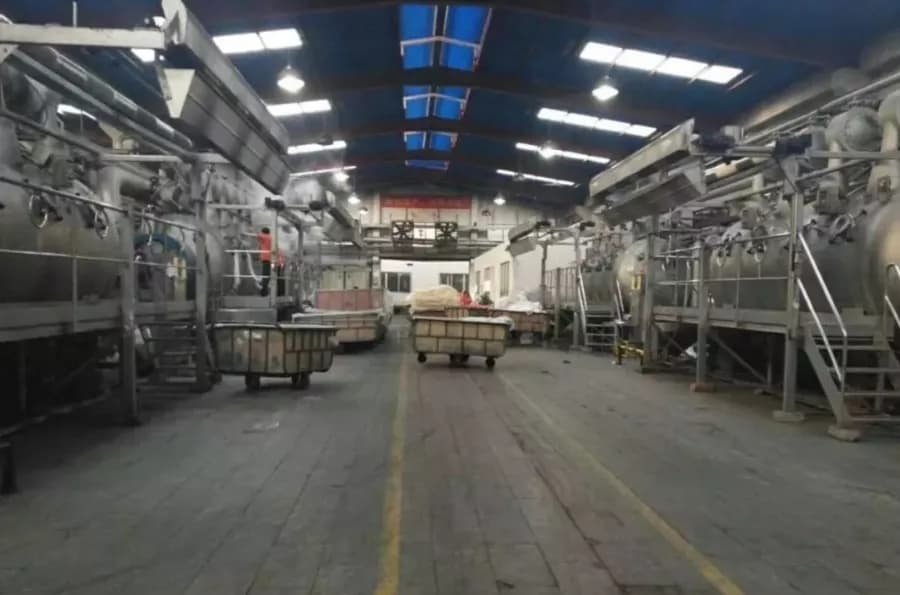 Fabric finishing according to its finishing purposes can be broadly divided into the following areas.

One of the soft finishing methods is by mechanical action to make the fabric feel softer, usually using a three-roller rubber blanket pre-shrinking machine, appropriate to reduce the operating temperature, pressure, speed up the speed, can obtain a softer feel, if the fabric through a number of the passive square guide rod, and then into the soft rolling point on the rolling machine for rolling, can also get a smooth and soft feel, but this soft finishing method is not resistant to washing, most of the current soft finishing using softener.

Including fixed-width (stenter) and mechanical pre-shrinkage two kinds of finishing, to eliminate the fabric in the previous processes in the accumulation of stress and strain, so that the fabric fiber can be in a more appropriate natural arrangement of the state, so as to reduce the deformation of the fabric factors. The strain accumulated in the fabric is the main cause of fabric shrinkage, wrinkles, and rough feel.

Principle: fixed-width finishing is the use of cotton, viscose fiber, silk, wool, and other hygroscopic hydrophilic fibers, in the wet state with certain plasticity; synthetic fibers of thermoplastic, the door width slowly widened to the specified size, so as to eliminate part of the internal stress, adjust the warp and weft yarn in the fabric form, so that the width of the fabric is neat and uniform, weft oblique to be corrected; at the same time, the fabric by drying and cooling to obtain a more stable size (mainly refers to the weft), in order to meet the specifications of the finished printing and dyeing.

The width of the fabric is stretched to the standard size to correct the uneven width, weft slant, polarization, and other shortcomings of the fabric in the printing and dyeing processing.

Stretching project is established in the fabric contains the appropriate moisture, the use of mechanical clamps to the edge of the cloth gradually widen, and slowly dry, so as to obtain temporary stereotypes.

The width of the fabric before and after entering, there should be a certain limit, otherwise, it will cause a serious shrinkage phenomenon.

B. Mechanical pre-shrinkage finishing
After the dyeing and finishing process of the dry fabric, if in a relaxed state by the water wetting, then the fabric warp and weft will be obvious shrinkage, this phenomenon is called shrinkage. Usually, the fabric is washed according to the test standard before and after the warp or weft length difference, the percentage of the length before washing to express the fabric warp or weft shrinkage rate.

Mainly to solve the problem of warp shrinkage, so that the fabric weft density and warp weaving shrinkage adjustment to a certain degree and make the fabric with a relaxed structure. After the mechanical pre-shrinkage of the fabric, not only “dry shaped” deformation is very small, and in the wetting, because the warp and weft still have enough space between, so it will not be caused by fiber swelling and fabric warp length shortening, that is, to eliminate the potential contraction of the fabric, so that it shrinks back in advance so that the finished product can reduce the shrinkage rate.

A. Rolling, electro-glossing and rolling finishing

Mechanical finishing, rolling, electric light to enhance the luster of the fabric is the main, rolling grain can make the fabric with a three-dimensional effect of the bumpy pattern. Rolling, electric light, and rolling grain finishing is simply the use of mechanical processing, the effect is not lasting, such as the joint application with resin finishing, can obtain the effect of washable finishing.

Electro-optical finishing: Electro-optical machine is composed of a hard steel roller with a certain angle and density of twill lines engraved on the surface and another soft roller with elasticity. The hard roller can be heated inside, in the heating and a certain moisture content conditions rolling fabric, in the fabric surface pressed parallel and neat twill money, so as to produce a regular reflection of the incident light, such as silk-like high gloss surface. Horizontal tribute satin fabric finishing more after the electric light finishing. Electric light hard roller surface slant line density varies according to the thickness of the yarn, yarn count fine fabric should be used with greater density, to 8 ~ 10 / mm slant line is the most common. The slanting direction of the engraved line should be consistent with the twist direction of the main yarns on the surface of the fabric.

Fabric after bleaching, often with a trace of yellow-brown color light, it is not easy to do the degree of pure white, often use the fabric whitening methods to increase the feeling of white. There are two methods of whitening.

One is on the blue whitening method: that is, a small amount of blue or purple dyes or coatings to make fabric coloring, the use of pigment color-complementary effect, so that the reflected light of the fabric in the blue-violet light is slightly heavier, the fabric looks whiteness has increased, but the brightness is reduced, slightly gray feeling, in recent years has been rarely used alone only for fluorescent whitening when the color and light adjustment.

Another is the fluorescent whitening method: fluorescent whitening agent dissolved in water is colorless, its chemical structure is similar to the dye, can dye fibers, the fluorescent whitening agent itself is colorless, but dyed fibers can be under the excitation of ultraviolet light, the blue-violet fluorescence visible to the naked eye, and the fabric itself reflects a trace of yellow-brown light mixed with complementary synthetic white light, the fabric will appear more white because the total intensity of reflection increased, the brightness increased, but in the absence of ultraviolet light source conditions slightly less effective.

There are several major types of resins used for fabric finishing, but N-hydroxymethyl amide compounds are still the most used. The commonly used resin primary shrinkage is briefly described below.

MF resin’s initial shrinkage properties are similar to those of UF resin. Due to the larger molecular weight of MF resin, the washing resistance is better than UF resin, so it can be used for cotton fabric finishing, which not only can get better shrinkage and wrinkle resistance, but also has smaller strength loss than UF resin. However, after finishing with MF resin, the fabric has a yellowing phenomenon, so it cannot be used for resin finishing of the bleached fabric. The stability of MF resin can also be improved by etherifying the initial shrinkage of MF resin with methanol.

2D resin is a class of resins currently used in China, the performance is better than UF and MF resin, after finishing fabric washing resistance, not easy to hydrolyze, resin initial shrinkage itself is less reactive, placed not easy to generate polymer condensate, can be stored for a longer period of time, only in use conditions and fiber chemistry, the odor is small, direct dyes and reactive dyes have less impact on the sun fastness, applied to durable pressing (D. P) finishing is very suitable. P) finishing is very suitable, but the chlorine resistance is poor.

According to the different processing methods can be divided into two categories: one is to use the coating method to apply a layer of water-insoluble continuity film on the surface of the fabric, this product and impervious to water, but also not breathable, should not be used as general clothing items, but suitable for making rainproof tarpaulin, umbrellas, etc. Another type of finishing method lies in changing the fiber surface properties, so that the fiber surface is hydrophilic into hydrophobic, while the fabric between the fibers and yarns still retain a large number of pores, so that the fabric can maintain breathability, but also not easy to be water wetting, suitable for the production of weatherproof clothing fabrics. This breathable waterproof whole water is also known as water-repellent finishing. Water repellent finishing mainly has the following methods.

Clothes due to friction with static electricity, often make the skirt cling to the legs, outerwear tightly absorbed in the underwear, in some explosive places will also lead to explosive accidents due to electrostatic sparks.

Printing and dyeing finishing process is often used in the durability, external application type static electricity prevention agent. This type of electrostatic preventive agent requires a durable anti-static effect, does not affect the fabric style, does not affect the color and light of the dyeing and printing fabric and the fastness of the dyeing, and other additives have compatibility, no odor, non-toxic to human skin, etc. Commonly used polymer surfactants, including anionic, non-ionic. Cationic type. The above antistatic properties are all used to increase the moisture absorption of the fiber surface to inhibit the accumulation of electric charges.

After finishing the fabric by flame retardant, and can not reach the degree of non-combustible such as asbestos, but can deter the spread of flame, when the fire source removed no longer burning and does not occur residual flame negative combustion. Flame-retardant finishing fabrics can be used in the military sector, industrial transportation sector, civilian products, such as carpets, curtains, curtains, work clothes, bedding, and children’s clothing.

When selecting flame retardants, in addition to the flame retardant effect and durability, we must also pay attention to the strength, feel, appearance, fabric dye color, and colorfastness of the fabric has no adverse effects; whether there is irritation to human skin, flame retardants in the fabric when the heat of combustion has no toxic gas generation, and other finishing agents co-tolerance.