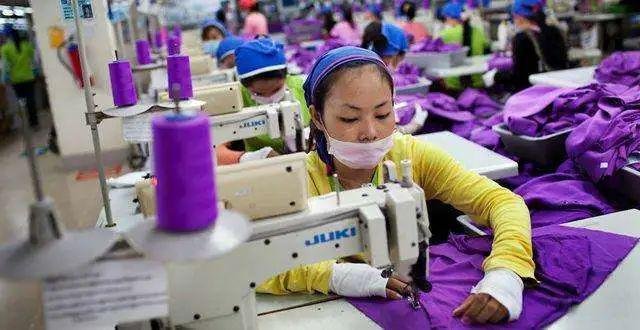 Some 3,500 U.S. companies are demanding that the government repay some of the taxes they have already paid and are calling for changes to its tariff policy because of what they see as an open-ended, borderless trade war that affects billions of dollars of goods imported from China by U.S. importers.

According to the Reuters report, the 3,500 U.S. companies range from automakers Like Tesla, Ford and Volvo U.S. to major RETAILERS like Target, Home Depot and Walgreens, as well as technology companies Like Cisco And apparel makers Ralph Lauren and Ann Taylor, covering a wide range of industries.

Tesla has filed a lawsuit at the U.S. International Trade Court in New York against the U.S. government and U.S. Trade Representative Robert Lighthizer, according to consumer News & Business Channel, Bloomberg and other media reports.”Tesla’s move will attract a lot of attention from American companies, and may even prompt more to follow suit,” said Ive, an analyst at Wedbush Securities.

Small make up that contain China has become the political consensus, trump, President of the United States to a general election desperate, against the background of the two so-called “checkpoint” difficult to form resistance “mad” state of the U.S. government, the probability of successful “stage mode”, to pay attention to whether there will be subsequent action at any time, after all, the U.S. government and twitter as President was “unreliable”, constantly changing, say turned against any happen more than once.

From the perspective of the textile industry, we should lose the illusion that not only the cotton, cotton yarn and cotton textile products and other industries, but also all of Xinjiang’s most or even all products, covering a very wide range of industries, the impact of the impact should not be underestimated.In addition to cotton products, China’s textile and apparel exports to the United States also include poly-cotton, cotton-bonded, cotton-ammonia and other products. If the Act is implemented, the impact on domestic cotton textile, apparel and foreign trade companies will be in the form of “divergence” and large area, and China’s textile and apparel products can only be “decouple” from the American market passively.In the first half of 2020, U.S. clothing imports from China fell by 49% in dollar terms, while those from Vietnam fell by 11.1%, and even prices from Cambodia rose by 3.4%, according to relevant U.S. statistics.

It shows that even if Trump and the US government do not shelved the ban on cotton import from Xinjiang, they will still adopt a series of other “black boxes” and covert means to prevent The export of Chinese textiles and clothing to the US, so as to narrow the trade deficit, suppress China’s manufacturing industry and contain China’s rise.So even if the government does not cancel the xinjiang cotton comprehensive import ban, Chinese clothing enterprises export to the United States facing unfair competition environment, the unfair treatment more and more prominent, Chinese enterprises, China’s textile clothing products in the United States market short-term difficult to reverse the decline in proportion of momentum, and southeast Asian countries, such as Vietnam, Indonesia and other countries) spinning clothing products in the United States government will gradually replace Chinese products under the “support”, and “reversible”.