Attention!Internal and external difficulties, look at how textile and foreign trade enterprises to innovate and save themselves! 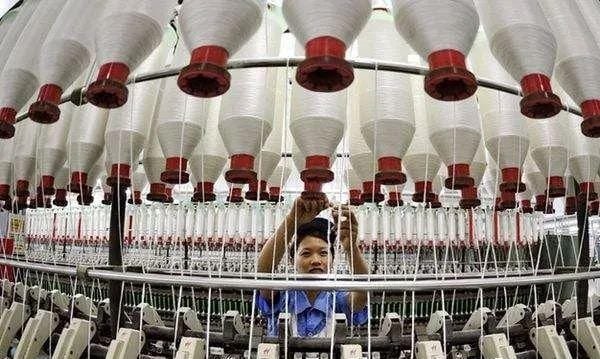 Under the impact of the epidemic, the garment industry is experiencing a rare shock, with many companies facing difficulties and even announcing layoffs or bankruptcy.

In May, well-known American clothing retailer J. Crow filed for bankruptcy protection, becoming the first major RETAILER in the US to do so in the current outbreak.

“2020 is set to be a turbulent year, with at least Rmb400bn expected to be wiped out from the Chinese clothing market and the overall market shrinking by 15 per cent.”Liu Jinyan, vice president of the Marketing Department of Convertlab, an integrated marketing cloud leader, said publicly recently.

The industrial chain is nearly shut down

The upstream of the textile and garment industry chain involves the production of natural fibers (such as cotton, hemp, wool) and chemical fibers, while the middle reaches include spinning, weaving, printing and dyeing, and the downstream includes final products such as clothing, home textiles, and industrial textiles.

However, insiders said that in the second decade of this century, due to the rise of labor costs, the downstream of the textile and garment industry chain gradually transferred to the economy with lower labor costs, while in the sino-us trade friction, textile and garment commodities were threatened by tariffs imposed by the United States, accelerating the transfer.China remains the most important exporter of chemical fibres and fabrics, despite a trend towards shifting processing plants to South-east Asia.

At present, the main buyers of the global garment industry are concentrated in the United States, the European Union and Japan.Under the shadow of the global COVID-19, the market demand in Europe, The United States and Japan has dropped sharply, which makes the enterprises in the whole textile and garment chain feel endangered.

According to the personage inside course of study, a lot of trade of commercial credit is used between garment factory and buyer now, buyer has very big space and uncertainty, original whole order whole goes the mode also becomes small batch to manage, cause cost to increase.

The payment method of textile enterprises also leads the upstream suppliers to be in a state of “dare not to produce” during the special period.Textile and garment enterprises purchase goods first delivery, goods sold after payment to suppliers.Some small textile factories do not dare to produce more because they are afraid of customers canceling orders temporarily. They even prefer not to turn on the machine in order to avoid risks.

The transition from the outside in

Based on the analysis of forward-looking industry research institute, as a result of the overall weak economy since 2019, poor performance of the clothing export and domestic market together with the manufacturing cost is high, transfer of orders, the factory price growth, inventory growth factors lead to serious compression garment enterprises profit space, garment industry benefit index growth presents the obvious downward trend, corporate earnings pressure increased significantly, running quality improvement.According to data from the National Bureau of Statistics, from January to December 2019, there were 13,876 enterprises above the scale of the garment industry (annual main business income of 20 million yuan or above), with the cumulative operating income of 1601.033 billion yuan, a year-on-year decrease of 3.45%.The total profit was 87.283 billion yuan, down 9.75% year-on-year.

Orient International is a textile group based in Shanghai, the largest textile and garment group and the largest textile and garment export enterprise in China.A few years ago, it began to change from export sales to export + domestic sales, and successfully cultivated brands such as Lily and Sanqiang. This year, it has almost completely shifted to domestic sales.Insiders believe that how the garment foreign trade enterprises represented by Orient International transform and think will become an important aspect to drive the transformation of the whole industrial chain.

However, the transformation is not that easy, and building a brand is not going to happen overnight.Many large domestic garment export enterprises are doing their own brands, Oriental International, Shenzhou International are the representatives of the forefront of the industry;Lily, Yagor and Bosideng are all successful transformation cases.

But in the long run, the future of China’s textile and garment industry is still going high-end.In recent years, we have seen some good signs.Exports of textile machinery and chemical fiber with relatively high technical content and added value have started to move upward. Garment processing that really relies on human labor has begun to shift to Southeast Asia. Trade friction and the epidemic may accelerate the adjustment of the industry.

Textile and garment enterprises should realize rapid transformation in market segmentation and personalized product supply, innovate in technology, process and service concept, and make insufficient efforts in development demand of all age groups.For example, the current tailored suit market in Shanghai is in great demand, but there are few enterprises that can really meet the high quality demand. Therefore, it is absolutely necessary to strengthen training, retain old masters, and strengthen the team of “national treasure” craft masters.

In the face of rare industry impact, clothing people how to launch self-help?From the perspective of the first half of the year, one of the mainstream approaches is to promote online sales and make up for the loss of offline sales through the innovation of channels such as live streaming and social e-commerce.

Taiping Bird said that during the epidemic, the company actively and rapidly promoted new retail business, and the company’s new retail and e-commerce retail sales increased significantly, especially in the second quarter, the e-commerce retail sales increased by more than 30% year on year, making the company’s operating income rise by 3.09% compared with the same period.New retail business of rapid advance, electricity retail sales growth and offline retail business fast adjustment of recovery in the second quarter, to some extent compensate for loss during the outbreak of offline stores, as well as the rent relief support of channel partners and the reduction of social security and other preferential support of national, company operating profits have larger year-on-year growth.

Taiping Bird company bucking the trend behind the growth, the company actively optimize, adjust the loss of assets also contributed, this is also one of the mainstream self-help ways.Semar apparel also announced on July 20 that it plans to sell a 100% stake in its loss-making subsidiary Sofiza SASAC to reduce the company’s operating risks and avoid greater losses in its performance.

In the current predicament of the garment industry, the most urgent task for enterprises is to do a good job of internal control, ensure cash flow, and strive to survive;Secondly, the Internet is promoting the industrial upgrading of the garment industry. Enterprises should make full use of new tools, new platforms and new technologies to tap market demand and activate consumption potential.In addition, the domestic garment industry overcapacity are mainly due to serious homogeneity, low competition, it is recommended that companies malicious effort on technology research and development, strengthen the original design and the innovation and application of fabirc applications, such as the development and application of environmental protection, health, fabric, etc., and improve enterprise and the product added value, improve the competitiveness.