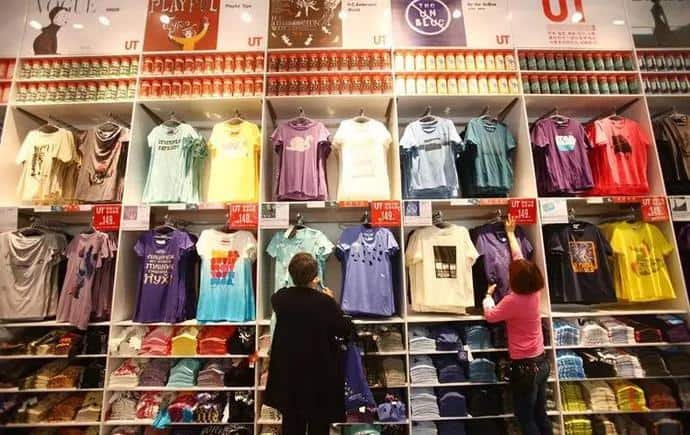 Global clothing can be roughly divided into luxury, high – end, middle – end, mass.The global apparel retail market is still dominated by mid-range and mass-market brands, but most of the profits are made by luxury and high-end apparel.Previously, an agency listed the world’s top 10 clothing companies ranking, from which we can learn about the revenue situation of the major clothing companies.

The no. 10 clothing company is VF from the United States, with annual sales of about $13.6 billion.Founded in 1899, the group has a wide range of brands including jeans, outdoor wear, backpacks, footwear, sportswear and business wear, including Lee, Vans and Nautica.It operates in Europe, Asia, Canada and Latin America.In 2020, VF bought the well-known popular logo Supreme for $2.1 billion.

Nordstrom of the United States is no. 9 with $15.9 billion in revenue.The company’s products include clothing, accessories, bags, jewelry, cosmetics, perfume, household items and so on.It owns and operates men’s, women’s, children’s shoes and jewelry shops, the number of shops over 100.

Kering, a French company, was no. 8 with annual sales of about $16.1 billion.It is the third largest luxury goods group in the world, which brings together a series of well-known fashion, leather goods, jewelry and watch brands, such as Gucci, Bonsilon, Saint Laurent, Puma, Kirin jewelry and so on.

The seventh largest clothing company is GAP of the US, with revenues of about $16.6bn.The company was founded in the 1960s, and for many years GAP has been popular among the American public with its logo of reasonably priced, simple casual clothing.More than 3,000 stores worldwide;Japan’s Uniqlo is in sixth place, with revenues of about $20bn.The brand focuses on inexpensive and quality casual wear, offering clothing products for all ages and genders.Seven become the basic section, on the basis of the general direction of the basic section does not change the principle, “meticulous, considerate, inclusive” is its consistent pursuit.

At no. 5 on the list is Swedish clothing retailer H&M, one of Europe’s largest apparel retailers with revenue of $24.3 billion.To keep costs down and maintain a parity strategy, H&M has no garment factories of its own, outsourcing manufacturing entirely to factories around the world.The company has nearly 5,000 stores around the world.

Adidas is no. 4 on the apparel list, with revenue of about $25.9 billion.The brand was founded in Germany in 1949. Its products include ball games, track and field sports apparel, sports shoes, yoga apparel, casual shoes, etc.ZARA of Spain ranks the third, with annual sales of about 30.7 billion US dollars. It provides consumers with more competitive products through strong offline industry support, effective whole-process data collection and quality control, and rapid market response.It is now one of the biggest fast fashion brands in the world.

The no. 2 apparel company in the world is Nike, with $38.7 billion in revenue.The company produces a wide range of products, such as clothing, footwear, sports equipment and so on.Nowadays, Nike is not only a sports product company, but a marketing company in essence. It pays more attention to the research of consumers and their lifestyle, so it is more aggressive in product innovation.It has become a sportswear giant with the largest market share in the world, and currently operates three brands: NIKE, Jordan and Converse.

The world’s no. 1 clothing company by revenue is France’s Dior, part of LVMH Moet Hennessy Louis Vuitton, with annual revenue of $55.2 billion.Mainly engaged in men and women’s handbags, women’s wear, men’s wear, men’s shoes, jewelry, perfume, cosmetics, children’s wear and other high-end consumer goods.Different from other brands, Dior clothes never use any obvious logo on clothes. Even if there is Dior classic logo, it is very light.

The personage inside course of study points out: the design of haute couture of Christian Dior, the key is the female modelling line that lies in dress rather than colour, emphasize female protruding concave have send, the curve of body soft beauty.Men’s wear will be low-key melancholy British temperament and French delicate noble fusion together, too narrow version of thin tailoring, let men look like never grow up boys.