A set of clothing 50,000 dollars? Why is the figure skater’s costume so expensive? Spend 3 minutes to understand 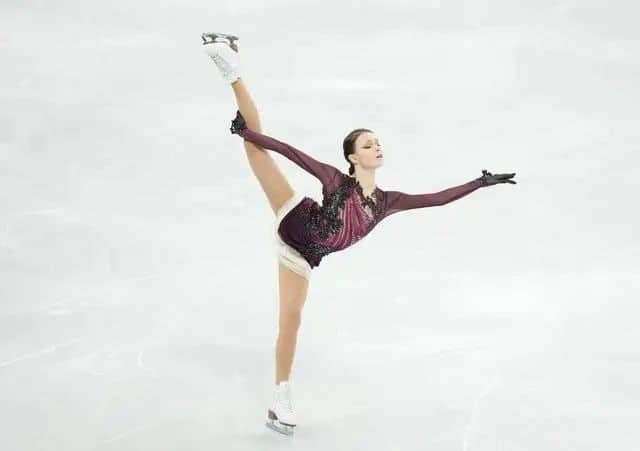 Skating, jumping, spinning, the perfect blend of music and skating, the figure skating arena is simply all fairies. In addition to ice skills and face, the competitors’ costumes also add a lot of color to the performance.

So, what is the beauty of the skating suit? Spend 3 minutes to learn more.

What is the name of the skating suit?

Figure skaters have a uniform name for their dress code, called costume.

Every year, the International Skating Union has an award called the Best Costume Award, which selects the best costume of the year.

Why is the skating suit so expensive?

According to reports, most participants’ costume prices are between $1000-5000, while the average up in the Olympic Games is $3000 apiece to start.

To participate in the Olympic singles skating, for example, you usually need to prepare at least two sets for the short program and free skating, and for the exhibition competition, you need to prepare another.

What are the requirements of the International Skating Union (ISU) for skating uniforms?

The International Skating Union’s (ISU) requirements for Kosten are “low-profile, classy, and competition-ready”.

Skating costumes for international competitions generally have several important characteristics: light, stretchy, shiny, full of rhinestones and embellishments, and in keeping with the style of the chosen repertoire.

According to ISU rules, a point will be deducted if a costume accessory falls off during the competition.

How light is the skating suit?

The choice of fabric for the skating suit

Many performance clothes are interwoven with a variety of fabrics, which are basically very stretchy.

The design process of the skating suit

Figure skating costume design requires several steps, including understanding the music, designing the manuscript, making the nude costume, decorating with diamonds, trying on the land, and trying on the ice.

The costumes are beautiful and light and airy. In a word, skating is too beautiful!